Feeling Kind of Blue at the Aluminum Aviary

I was going to go to the aviary last night but I was not getting cooperation from either the planes or the light.  The planes came in earlier than I could catch them and it was a little on the cloudy side tonight.  It was still cloudy but it didn't seem like a heavy layer of clouds, so I decided to head over to the airport. 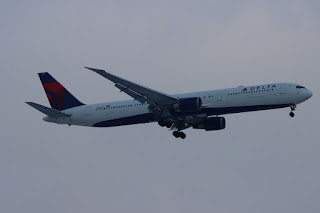 About an hour before the sunset, we have what is called the "Golden Hour".  That is where the sunlight is shining almost directly on whatever you are taking a picture of.  After the golden hour but before the sun goes down, you have blue light.  And that is especially true in the winter.
Anyway, I left right after work and I got to the airport just in time to catch this 767 coming in from Fort Myers, Florida.  I wonder how much longer Delta is going to use a 767 on this route. 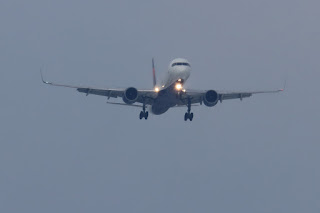 The 767 was followed pretty closely by my favorite airplane. 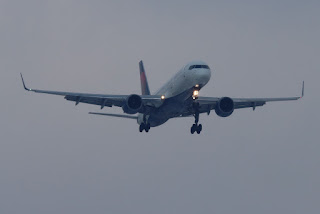 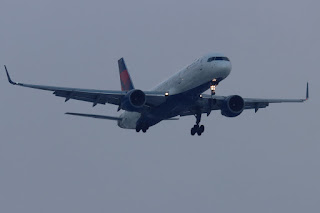 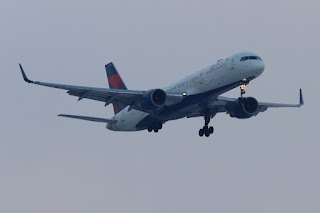 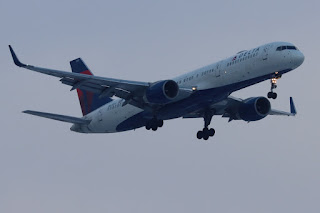 The experiment lasted for three years and in 2006, it was folded back into Delta.  It took two years for Delta to paint the planes back into Delta colors. 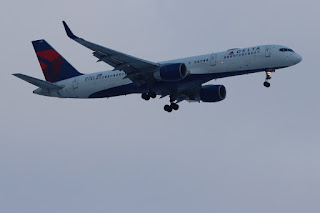 And as you know, 2008 was also when Delta and Northwest merged. 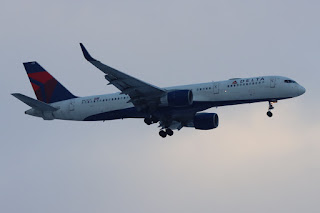 A little bit of light in this picture. 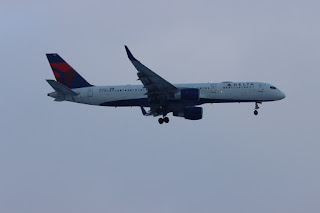 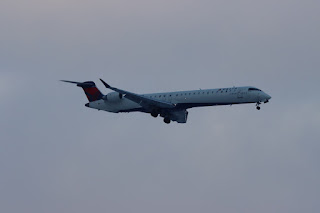 This CRJ-900 was coming in from Elmira. And my last plane of the evening was an A321. 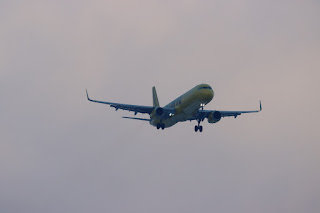 This particular one belongs to Spirit Airlines. 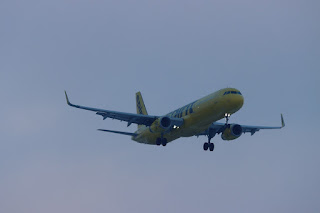 It was coming in from LaGuardia. 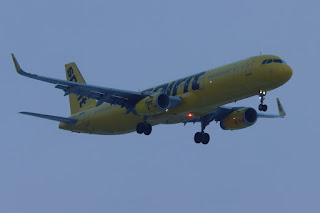 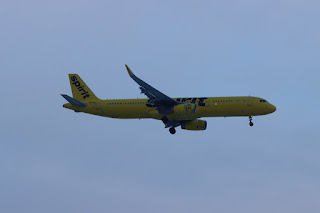 And one more before heading back home.