So it turns out that I had a three day weekend but I wasn't in the mood to do much on Sunday.  I was thinking about heading up to Marine City to catch the icebreakers but I saw that some ships were heading down, so I thought about going to Belle Isle.  It looked cold outside and sure enough it was.  Then I saw that something cool was coming into Detroit Metro.  So I headed down there first and then would decide what I wanted to do. 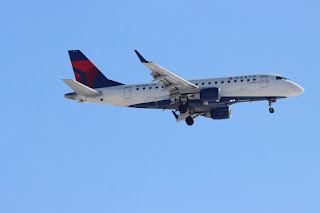 First up was an Embrear 170 coming in from Columbus. 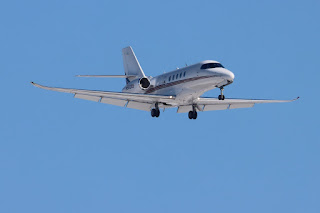 I'm not sure where this Cessna Citation was coming in from but it was kind of neat to see. 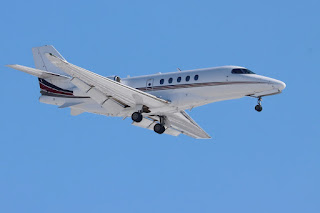 I do like the look of business jets.  And speaking of which, I thought I read somewhere that Bombardier was going to end production of the Lear Jet.  It's kind of sad because the Lear Jet was the first luxury business jet.  It's almost like saying Kleenex when you mean facial tissue.  I have a feeling COVID might bring about a re-adjustment in the airplane industry. 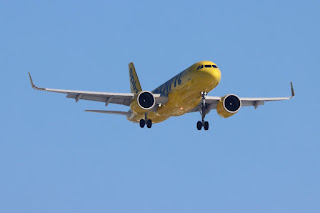 This plane was kind of a surprise. 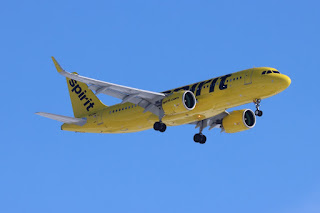 It is an A320NEO.  It's amazing to think about it.  Spirit is generally considered as a low frill airline but they seem to have newer planes than some of the traditional airlines.  This plane was built in Hamburg and delivered 1 year ago. 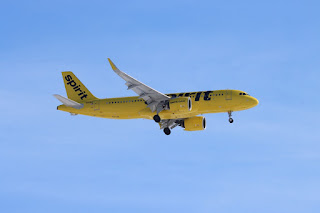 This particular plane was coming in from Orlando. 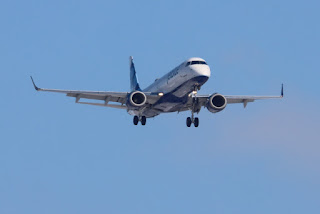 Next up was a plane from JetBlue. 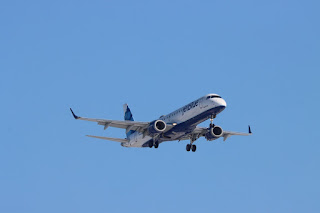 This is an E190 and it was coming in from Boston. 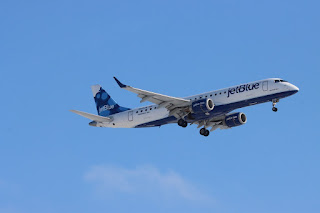 It was called "Blissfully Blue". 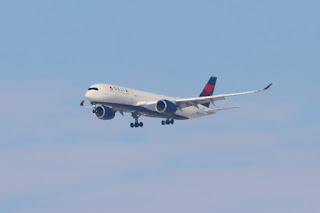 Next up was a Delta A350.  Even though I am still upset that the 747 is no more, this plane isn't a bad replacement. 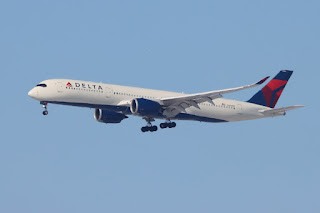 This particular one was coming in from Incheon Airport in Seoul. 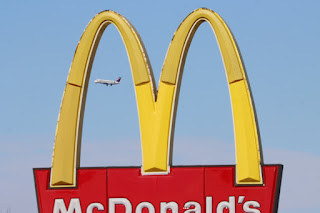 A 717 coming in from Nashville deserves a break today. 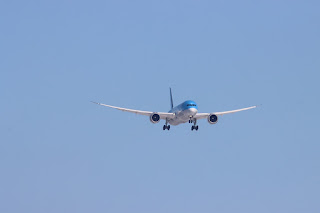 And the plane that I was waiting for. 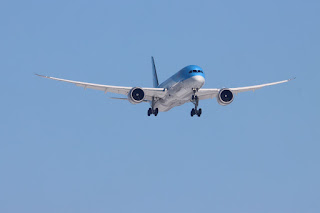 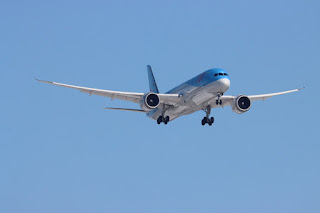 It was flying in from Manchester, England.  Not be confused with Manchester, Michigan.  It was carrying auto parts for GM. 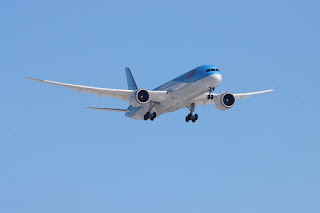 Manchester is home to Manchester United and if I remember correctly, that is the New York Yankees of English Premier League. 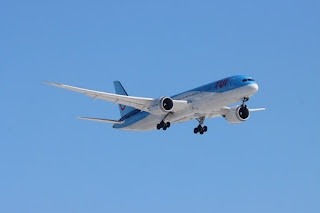 It was nice to see this plane because I like the livery. 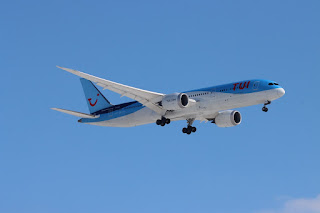 Especially against a blue sky. 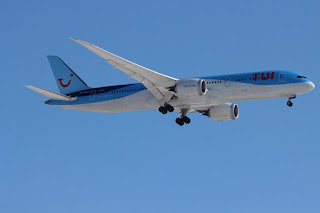 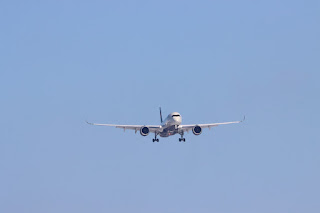 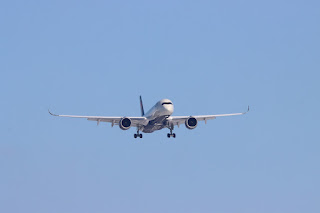 this one is growing on me. 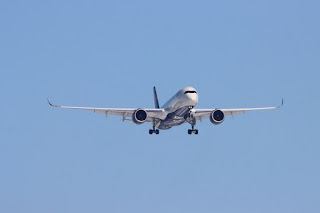 Although I still prefer the looks of the 787. 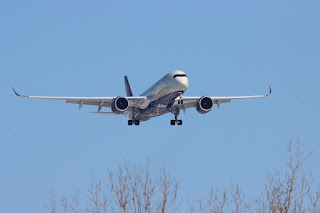 This A350 was arriving from Amsterdam. 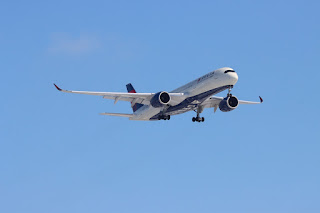 I think it might have been carrying passengers but I'm not sure. 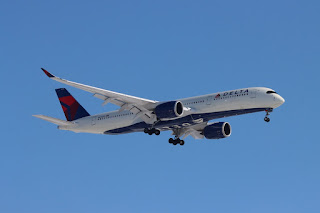