Trying to Catch the Snowy Owls....

I headed up to Fish Point today.  I was hoping that I would see some snowy owls.  It's getting near the point where I will no longer be able to see them until next year.  There used to be a large group dedicated to the snowy owl on Facebook but it was taken down as too many people were visiting Fish Point to see them.  It's possible that might have spooked them but it's also possible they have migrated back to wherever they come from.  Anyway.... 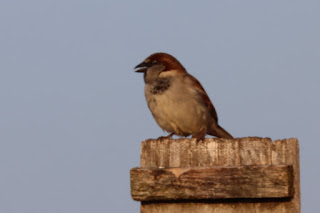 Obviously this is a sparrow and not a snowy owl.  I thought I might have seen a couple snowy owls but if I did they were too far away to get a decent picture of them.  This guy (or gal) was sort of on the side of the road and hamming it up for the camera.  Sadly I think my camera was focusing on the perch and not the bird, so the focus is not the greatest. 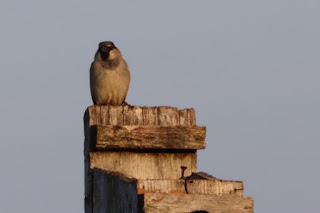 I also saw a pair of hawks that was hunting near the road but they kept flying away as I approached them.  I think it would have been a cool picture if I could have got one of them. 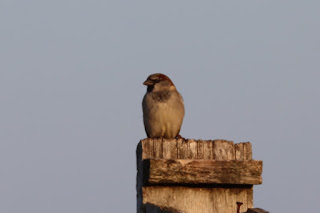 I'm pretty sure I saw another hawk but he flew away before I could get a picture of him.  And of course, I saw some lining the freeway on the way up but I couldn't really stop there. 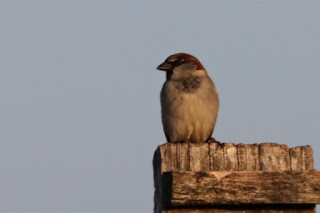 So I guess I'll have to settle for a sparrow.