I was back down at Belle Isle on Sunday.  This time I didn't have any time to do any stopping. 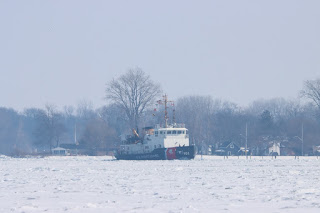 And I made it just in time. 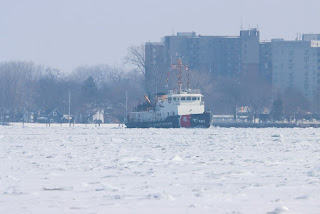 The Katmai Bay was ahead of another ship and she was heading back to Detroit.  I think she went up to the St. Clair River to help that ship get out. 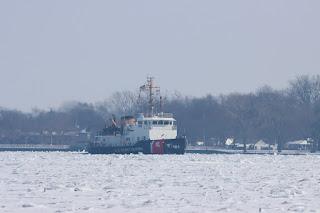 Anyway, it was nice to see the Katmai Bay again. 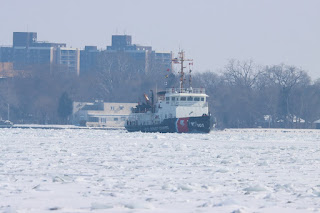 I'm not sure how many more times I will be able to see her again as the ice isn't as thick this year. 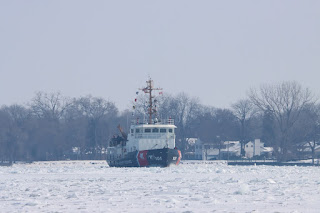 I saw pictures tonight that the ice on the Detroit River is breaking up but that doesn't preclude another freeze. 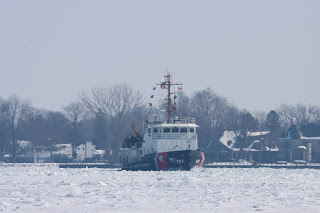 It was still a pretty sunny day although it was a little on the cold side again. 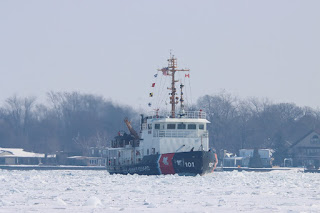 And there was still a bit of ice. 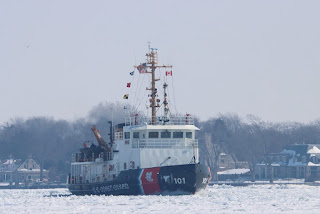 I kind of like that all the signal flags were flying. 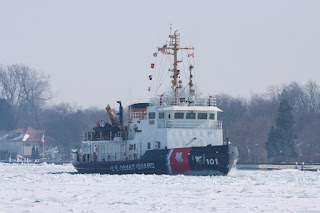 And she begins to pass. 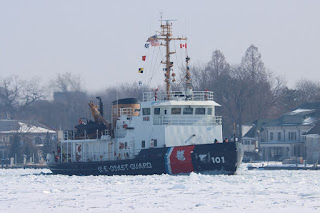 I could see a couple crew members on the front deck. 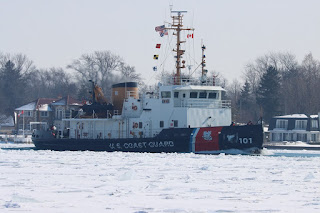 The sun was just about perfect. 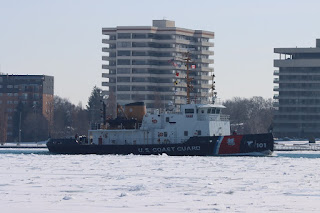 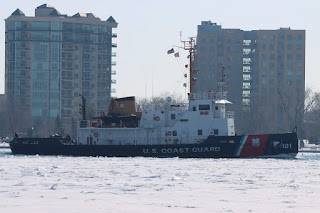 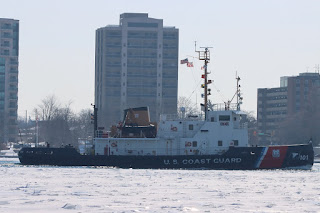 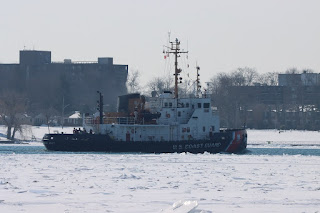 And she passes me. 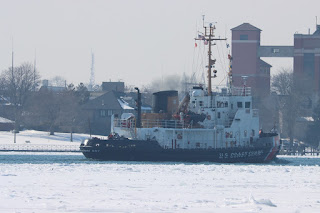 One more before moving on to the next ship.