Some Cardinals and Blue Jays

So I finally made it down to Belle Isle.  As I was getting out of the bathroom, I saw these guys. 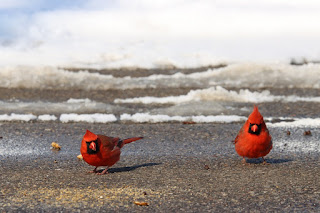 I like to get pictures of cardinals because they are so rare for me.  They usually don't stick around in one place long enough for me to get a picture of them. 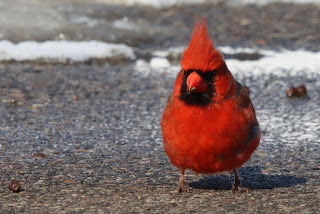 This one stuck around for a bit because there was some food around. 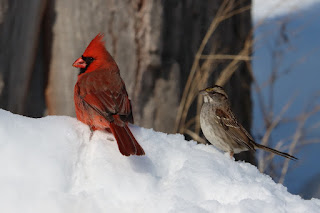 And then he decided to hop on a snow bank.  He was sitting next to a sparrow.  Made for a cool picture. 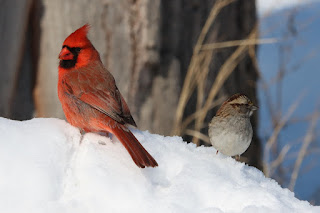 They stuck around for a while. 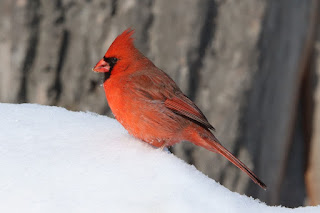 I think he was posing for me. 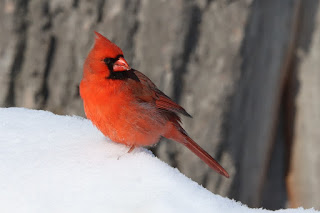 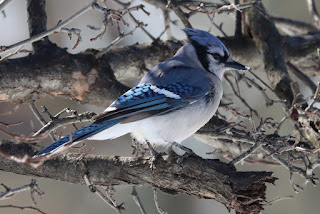 And then I saw a blue jay. 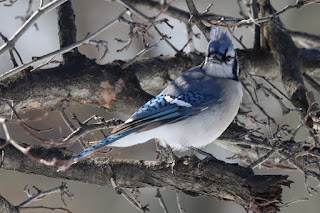 One more shot of him. 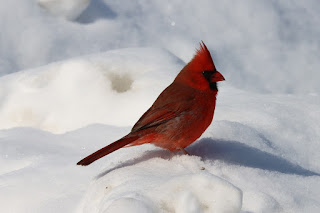 Back to the cardinal. 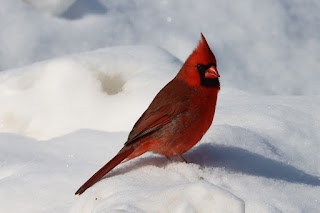 And one more shot before going to catch the ships.