It wasn't too long before the next ship made her appearance. 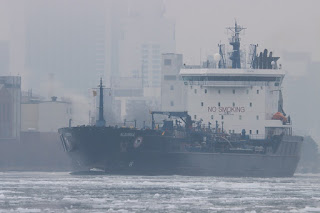 The Algosea was one of the ships I caught last weekend. 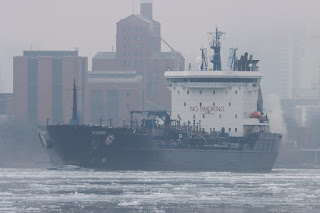 She has been fairly busy this winter.  I think she has been doing the Nanticoke trip at least once a week. 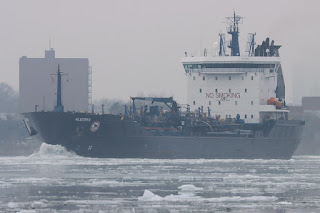 She is pushing up a bit of ice in this shot.  It was kind of neat because it made a different sound. 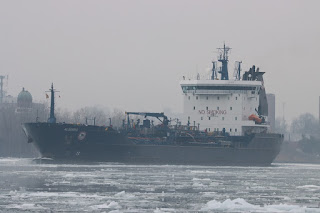 For the most part the channel was clear though. 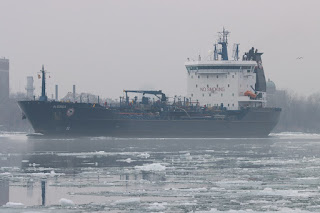 As a result it seemed like she was booking. 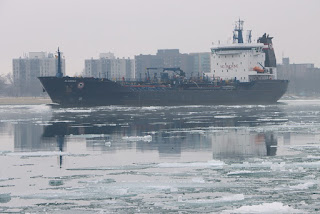 Still had a nice reflection though. 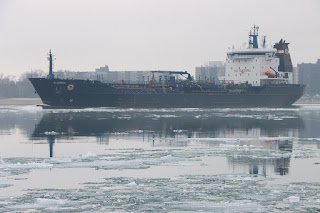 She almost passes by. 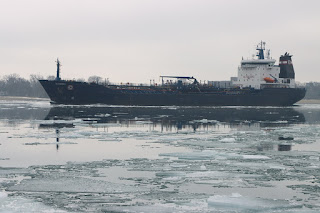 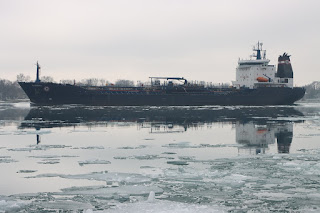 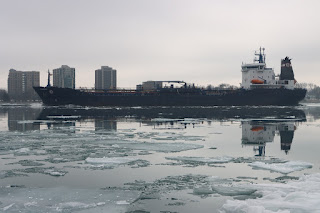 For the most part the ice is broken up. 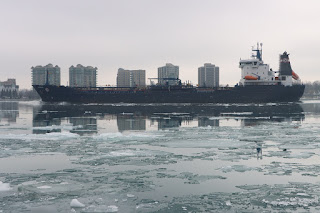 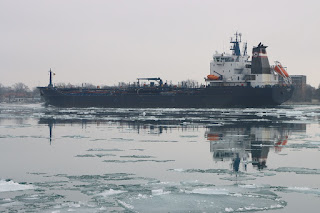 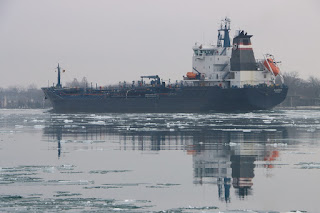 She is heading up to Sarnia. 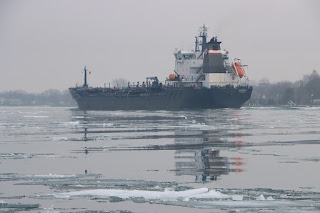