The Algosea Makes an Appearance

As I said on the Griffon post, there were two ships.  There are usually too many ships when the Locks are closed but there are few.  Generally there are two or three cargo ships delivering salt around the Lakes.  Typically these ships are owned by Algoma.  There is also usually some tanker traffic.  They generally travel between Sarnia and the Canadian Soo or Sarnia and Nanticoke. 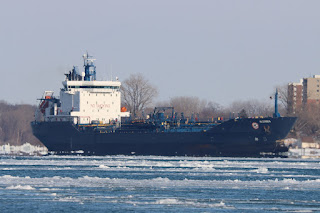 Anyway, this was the first of the two ships that I saw.  Tankers are usually traveling at this time because they need to move fuel between ports. 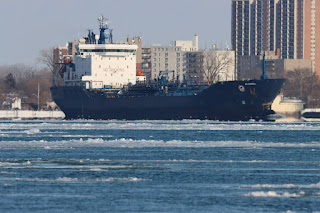 Also, many of them have a bow that is rated for ice breaking.  It generally can't handle heavy ice but it would have no trouble with the amount of ice that was on the Detroit River. 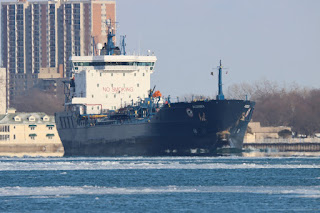 The Algosea was coming down from Sarnia. 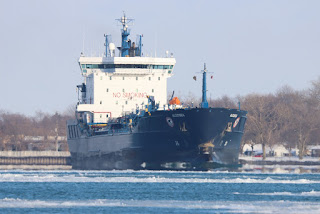 She was carrying some sort of fuel for Nanticoke. 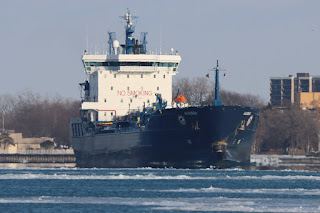 I'm not sure how many times she makes this trip in the off season but I would imagine that it is a fair amount. 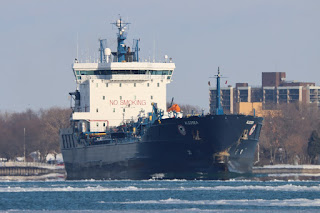 I think it is less than a day's travel from Sarnia. 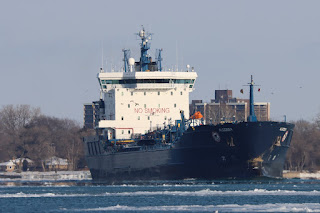 I think the long part is the loading and unloading. 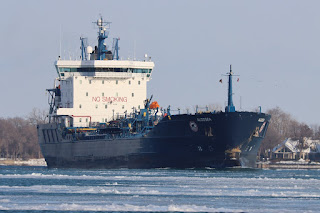 Since I don't know how long that typically takes, I can't tell you. 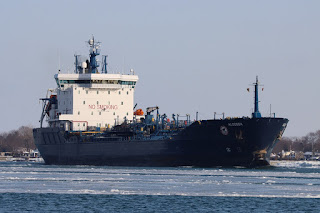 As I type this post, I think she is still in Nanticoke, so it takes at least a couple of days to unload. 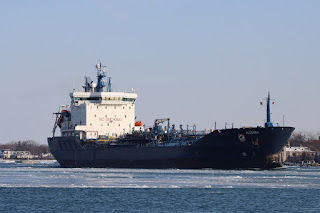 As you can see, there was a bit of water on the Detroit River and the ice was pretty thin. 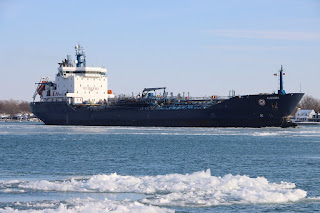 There was still enough to make some interesting sounds. 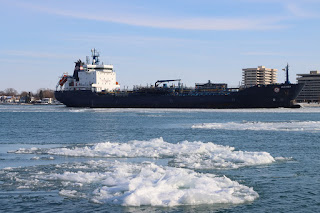 Anyway, it was still pretty sunny out. 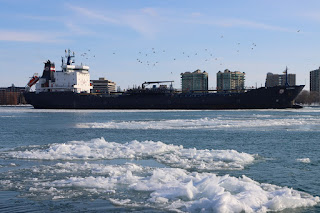 And the ice makes for an interesting contrast. 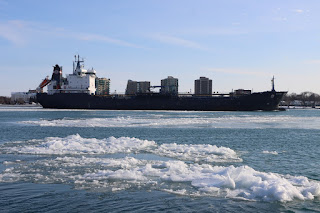 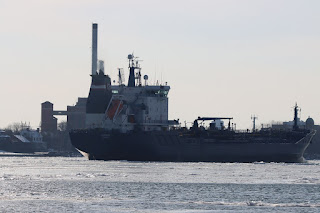 And she continues on her way to Nanticoke.