Next up was the vessel that was requiring all that support. 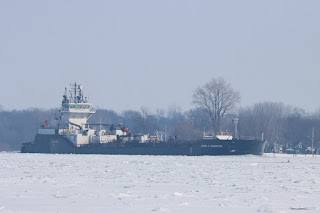 The tug name is the Leo McArthur and the barge is the John J. Carrick. 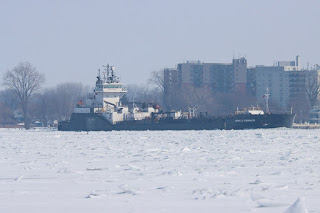 The barge is used to carry ashphalt and it was heading to Windsor. 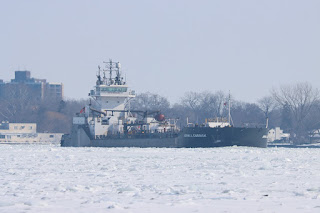 I assume that the Risley was going there with her. 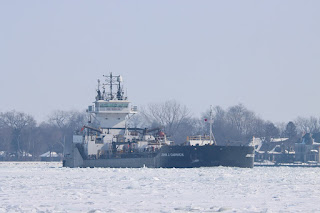 I don't think the Carrick has much icebreaking capability and needed the icebreakers to help her. 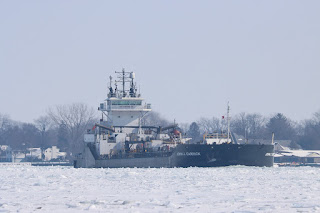 Although, I think they can detach the tug and use the tug to do some icebreaking. 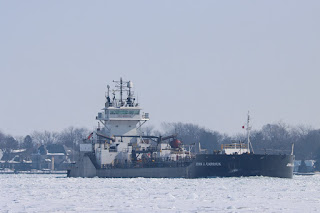 Even though it wasn't a proper ship, it was nice to see her. 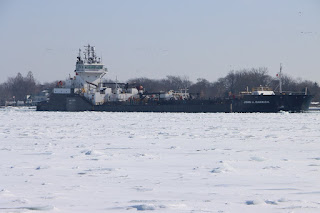 She is about to pass. 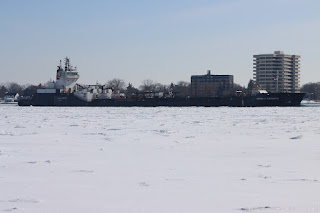 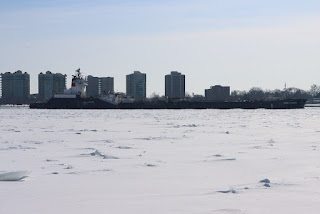 She passes the apartments of Windsor. 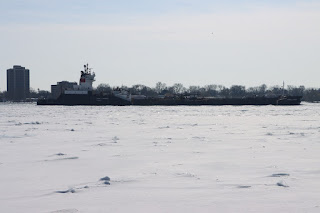 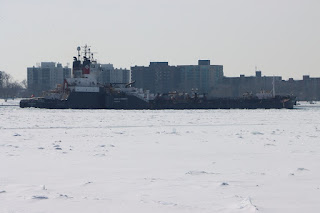 And she continues on to Windsor.
Posted by Mikoyan at 7:08 PM