And now the warm up act to the main attraction. 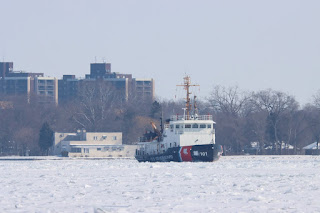 As you can see, there is quite a bit of ice around Belle Isle.  Although this was before there was a warming week.  I think the ice is breaking up now. 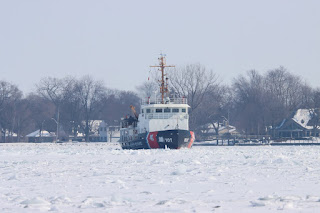 The Katmai Bay was coming down to Detroit and she was preceding a tanker. 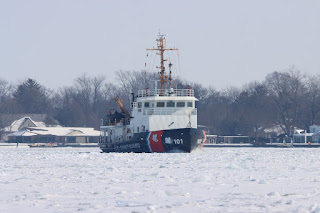 I think she breaks the ice by shooting up bubbles and forcing it up to break it. 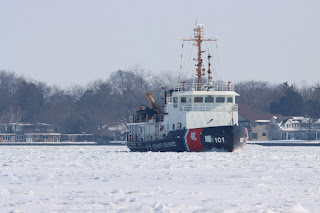 She doesn't have to make much of a track because I think there is some open water in the main channel. 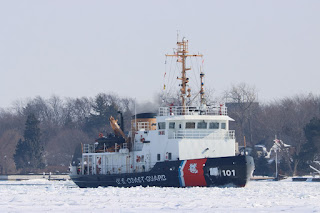 Plus, the tankers that work through the winter have limited icebreaking capability. 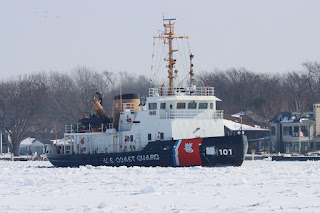 The Katmai Bay is normally homeported in Sault Ste Marie but I don't think there is much traffic up there, so they sent her down here. 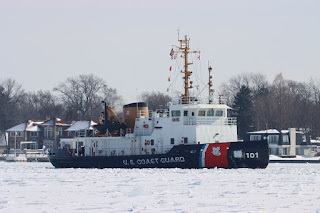 I think she has also been helping in breaking the ice around the lower St. Clair River.  The ice has been bunching up around there and causing some flooding. 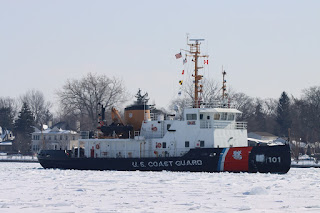 Even though she is a tug boat, I think she is pretty nice looking. 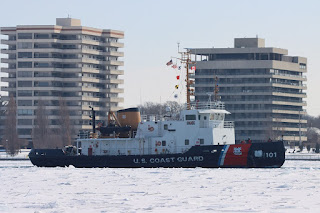 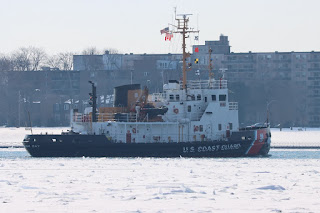 And she continues on her way but she doesn't have too far to get to where she was going to dock.