So all week last week, I heard that there was a considerable amount of ice on the St. Clair River.  I also heard that it was causing some flooding along the river.  As a result, some icebreakers were sent up in order to break that ice.  I saw that they were still doing their thing last Saturday but it was a little on the snowy side Saturday morning, so I didn't feel like heading up there.  Then I saw that there were a pair of ships heading down, so I decided to catch them at Belle Isle. 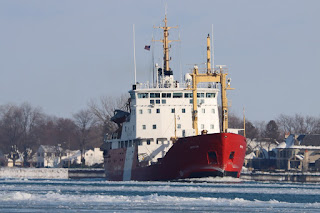 I was watching the Griffon as she broke the ice ahead of them and I thought that maybe she might reach the end of Belle Isle and turn around.  But then I remembered that the Canadian folks can't work after dark. 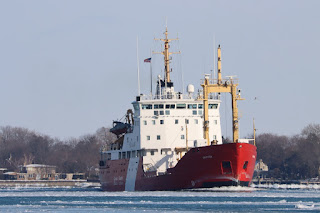 So the Griffon continued past Belle Isle.  I think she ended up docking in Windsor. 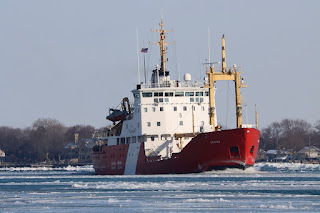 Anyway, this is one of Canada's medium icebreakers.  I think she stays on the Lakes but is capable of breaking light levels of Arctic ice. 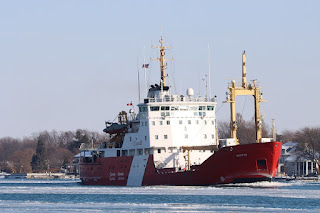 I think this ship is roughly the same side as the US Coast Guard's new Mackinaw. 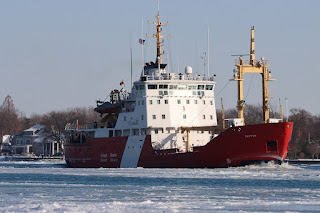 It was nice to see this ship because it's a pretty nice looking ship. 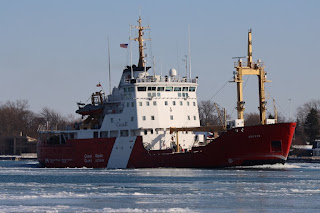 Despite the weather in the morning, it was a pretty nice afternoon. 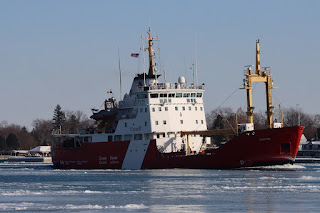 It was a little on the cold side though and that was kind of messing with me. 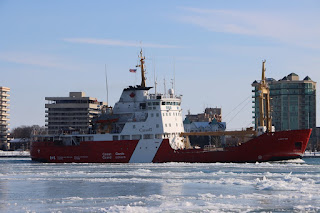 But I guess that's why there are gloves and heavier coats. 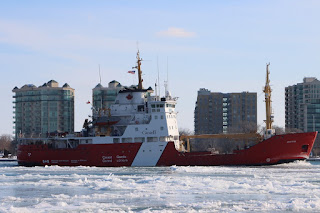 As you can see there was a nice layer of ice on the Detroit River but I don't think it was that think. 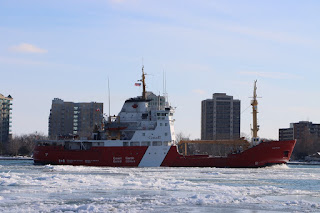 You could still see a few spots of open water. 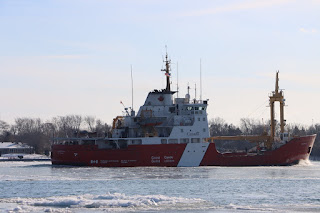 And you could hear the ice sliding against itself and that was kind of cool to hear. 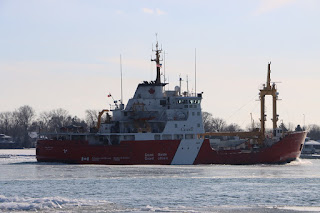 Unfortunately I was shooting into the sun here. 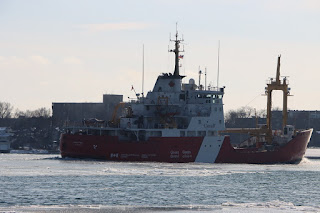 One more shot of her.