Next Up the Iver Bright

As I said in the other two posts, I saw that two ships were coming down and this was the next one. 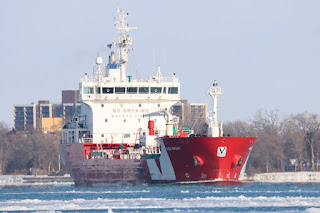 This particular ship was the Iver Bright. 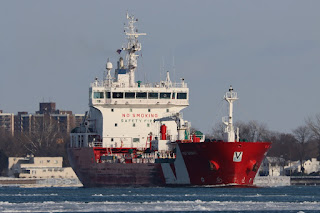 The Iver Bright is kind of unusual in that she is foreign registered ship but she sticks around for the winter. 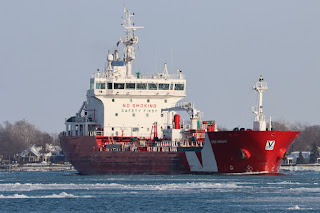 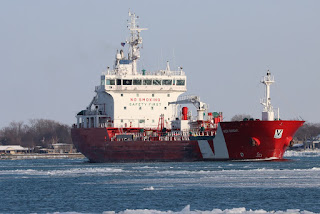 This one stays behind because she carries ashphalt and with all the road construction, she stays busy over the winter. 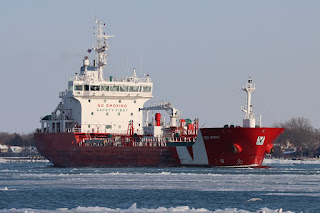 I think she makes her way around the lower lakes but I think she loads in Sarnia. 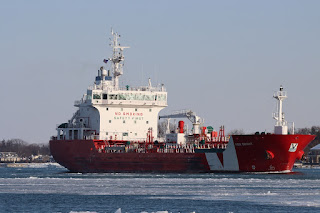 And this time she was heading from Sarnia down to Monroe. 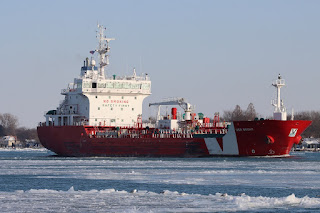 There is now a port facility in Monroe and it has been kept busy. 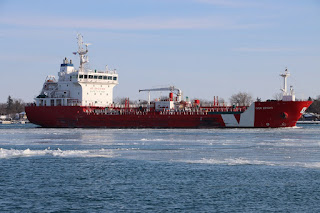 It was nice to see the red hull against the blue water. 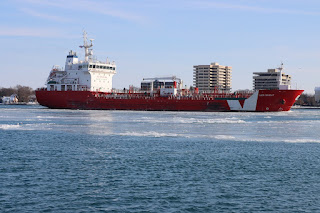 The reflections of the pilot house were pretty cool. 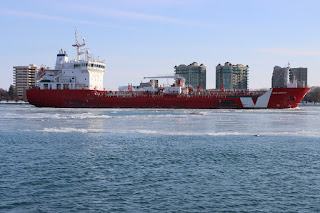 If it weren't as windy, I would brought my drone with me. 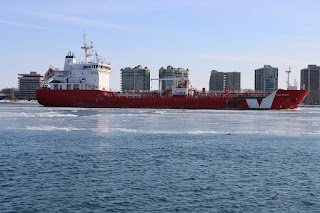 Getting close to the beam shot. 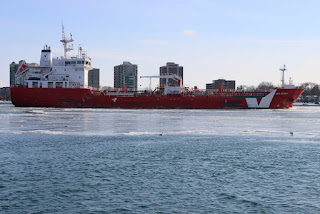 Closer to the beam shot. 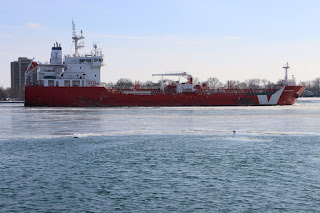 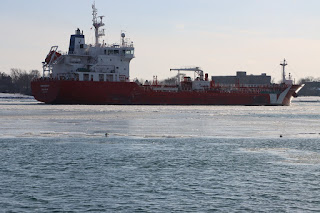 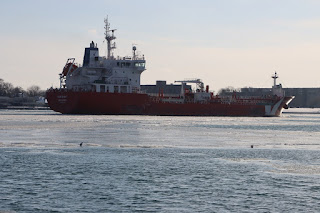 My last shot because I was getting cold.