So the next ship is one of the ships I was waiting for. 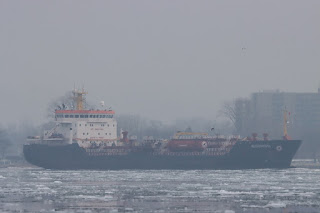 The Algonova was hanging out just north of Marine City last night.  I think she was looking to come down but I think the cutter was waiting until she could catch an upbound ship for the way back. 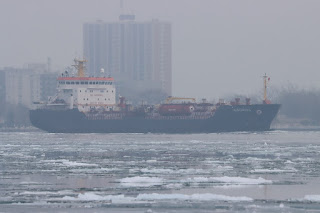 The Algonova was coming down from Sarnia and I believe that she was carrying fuel oil. 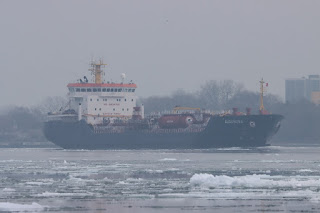 Like the other ships, she was heading to Nanticoke. 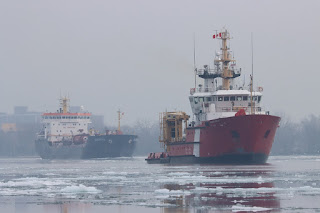 The Risley coming a little ahead of her.  I think she was getting over so that the Algonova could pass. 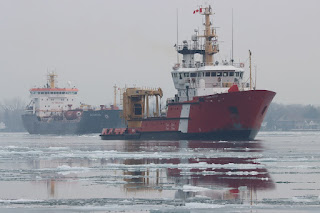 Unfortunately, her angle put her in the way of the Algonova through most of my pictures. 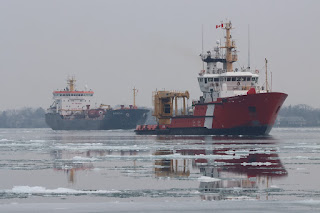 But the reflections were cool, so that's okay. 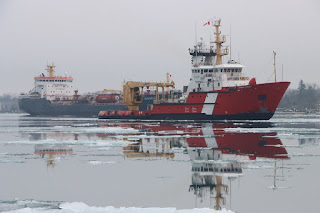 The Algonova starts to pass her. 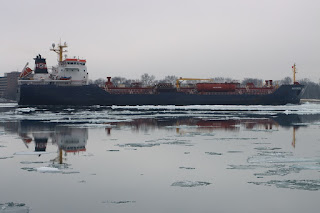 She got in front of the Risley, so I was able to get some clean pictures. 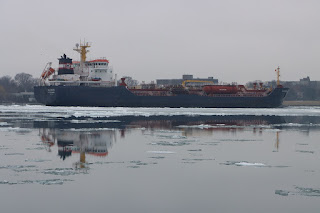 She was pushing up some water. 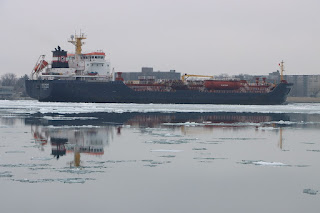 The reflections were still cool. 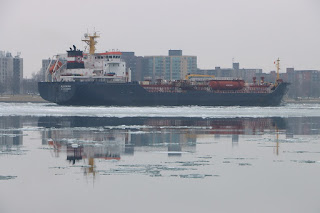 And an explanation of the title. 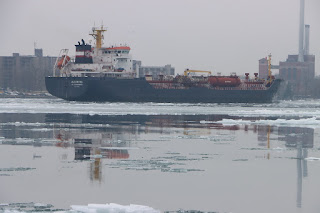 Back in the 80's there used to be a band called Aldo Nova.  That sounds close to Algonova, so I like to equate the tool.  Aldo Nova had a hit called "Life is Just Fantasy". 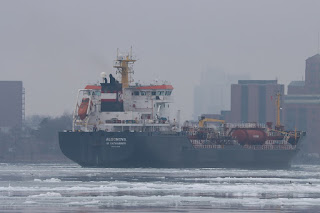 She continues on her way to Nanticoke.