So yesterday, I had the opportunity to take pictures from the field at the Eastern Michigan game again. In the morning it looked like there might be rain and in fact as I was heading to the game, it was still raining. It cleared up as soon as I was at the game.

Eastern Michigan's opponent was the Alabama State University Hornets out of Montgomery, Alabama. They are a traditionally black college that was founded in 1867. They are historically known as a teacher's college (like EMU). Their football team is a Division 1AA team that plays in the Southwestern Athletic Conference. They were almost their conference champion last year and were built around a pretty solid defense. 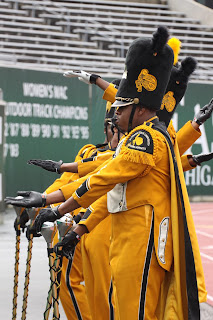 These are the drum majors from the Alabama State marching band and this part was pretty interesting as they performed it in slow motion. The band gained some national fame from performing in some halftime shows. 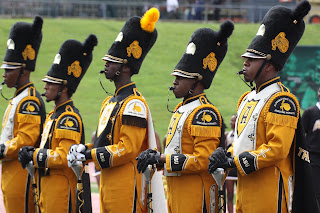 Another shot of the Drum Majors. 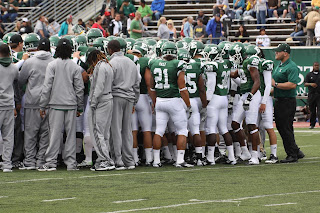 The Eagles gathered up after the pre-game warmups and practices. 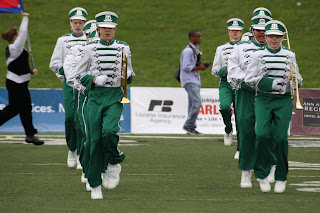 The EMU Marching Band taking the field. I will have to admit, their uniforms look alot better now than they did when I was a student there. 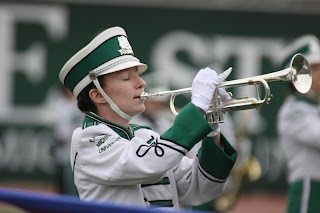 A closeup of one of the band members. 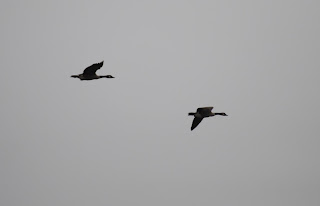 There was even a fly by during the opening band ceremonies. 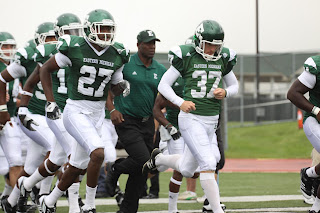 The Eagles take the field. 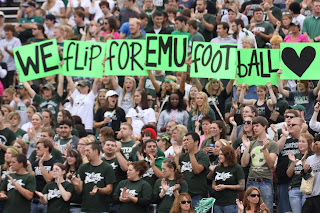 A shot of the EMU student section. 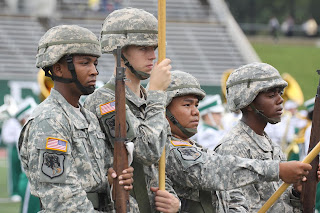 The cadets of the ROTC program hold the flags during the Star Spangled Banner. 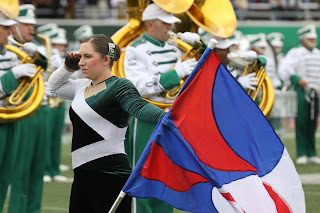 One of the flag girls saluting during the Star Spangled Banner. 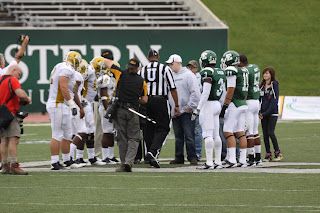 The coin toss was being performed by a person from the wounded warrior program. Alabama State won the toss and elected to receive.
I'll have to admit that I was a little nervous about this game. Eastern came off a pretty big win last week (even if it was over a Division IAA team) and will be travelling to Ann Arbor next week to take on the Wolverines. Those usually make for a let down game....
Posted by Mikoyan at 9:58 PM