Just some shots to wrap it up after the game. 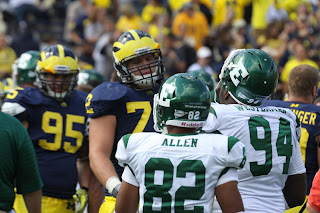 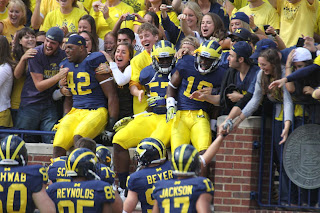 The Michigan football players joining the student section after the game. 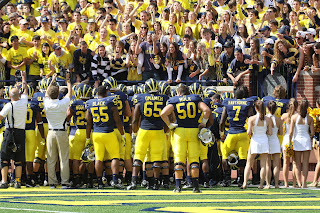 One more rendition of The Victors. 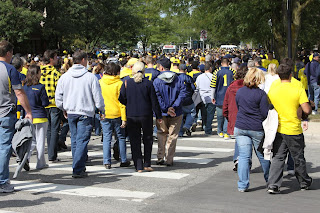 The throngs of people as they leave the Big House. 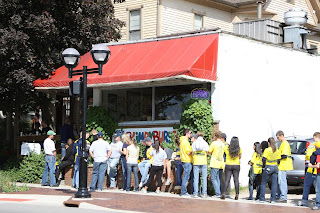 Looks like Blimpy Burgers was out of the question.
All in all, I had a ton of fun at the game today. It was great to be down on the field and take pictures at the Big House. I wish the score weren't as lopsided as it was but oh well. I sort of figured going into this game that Michigan would win but you never know. I mean I'm a fan of both teams but I would like to see Eastern win once against their neighbors down Washtenaw Avenue. Anyways, it was a good solid effort on the part of both teams.
Posted by Mikoyan at 11:18 PM

We walked by Blimpy Burgers on our way out of the game too. The line was already that long . They must have some good food! It did smell good on the way to the game. I love your shots!