One of the nice things about boatwatching on the Detroit River is that I get a chance to see most if not all of the ships that ply the Great Lakes. So when I am elsewhere, I will likely see a ship that I have seen on the Detroit River. Yesterday was no exception. 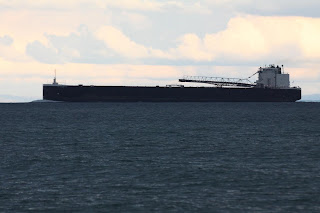 There is a little bit of a beach behind the lighthouse. The ships going from the Soo to Duluth (or other ports on Lake Superior) will pass by Whitefish Point. Normally my timing isn't right to see a ship pass by. That wasn't the case yesterday. 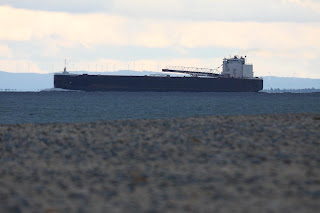 The ship I saw yesterday was the St. Clair and she has appeared on this blog before. Unfortunately, that time I was only able to get a shot of the bow. For this shot, I wanted some of the foreground but I don't think I had the right lens or enough light. 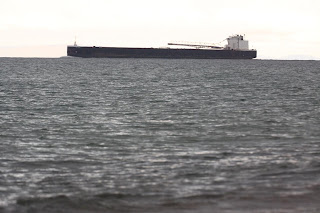 The ship out on the horizon. 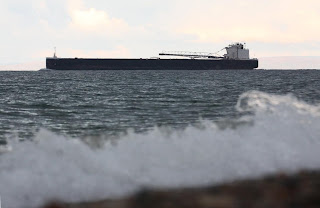 For this shot, I laid down on the beach and tried to get the waves as they came up. Again, the foreground is too blurry but I still like the shot. 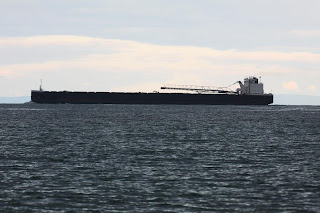 Another shot out on the horizon. The sun was setting, so I got the pinks in the sky. I had the film speed bumped up a bit though.... 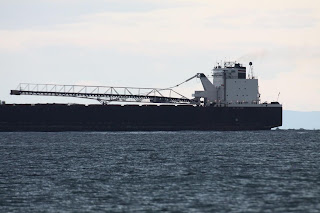 A closeup of the pilothouse. Well as close as I could get. 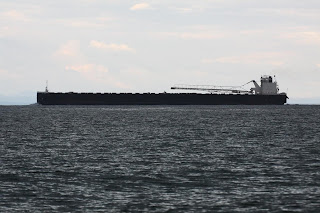 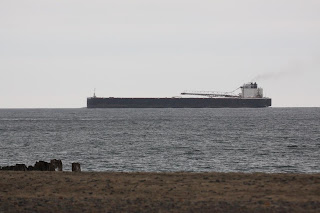 Another shot where I got the foreground. I think I like this one a little better.
I kind of wish we would have gotten here about 20 minutes sooner because as I looked to the west, I saw a ship heading off. There was also another ship coming in but my light was rapidly waning.
Posted by Mikoyan at 10:21 PM