Next up is the St. Clair. As I said in my last post, I saw her coming up behind the Algoeast. She was another ship not listed on boatnerd, so she was another bonus. She has also never appeared on this blog, so some details. 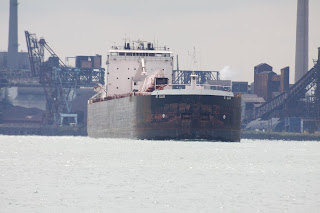 She was constructed at Bay Shipbuilding in Sturgeon Bay, Wisconsin in 1975. At the time, she was the largest ship to be side launched. She is powered by 3 diesel engines built by GM Electromotive and they have a total power of 10,300 horsepower. This gives her a rated speed of 14.5 knots. 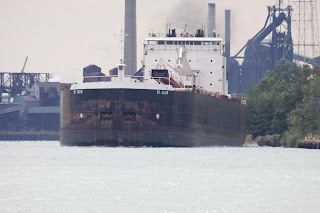 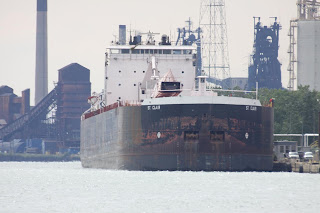 She is 770 feet long and can carry 44,000 tons of cargo. She would carry coal until replaced by the Walter McCarthy and Indiana Harbor which were both 1000 footers.
Posted by Mikoyan at 9:23 PM