So I made it to Whitefish Point. I really like it up there because it is not a bad looking lighthouse (certainly a unique looking one). It's normally fairly peaceful as there aren't too many people there. They are doing work on the tower, so there was scaffolding around it. 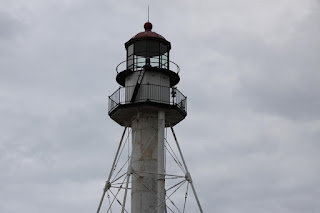 I was able to get pictures of the tower itself though. I'm kind of glad they are doing work on this lighthouse because it needed it. 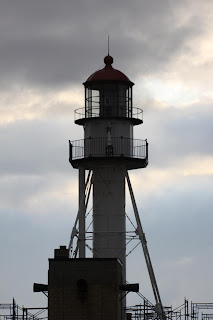 I tried to get a shot with the foghorn in the front but I didn't quite have the right lens. 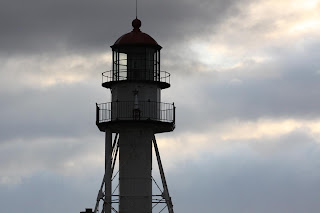 I kind of like this shot with the sky opening up a little bit behind the tower. I would say the tower is a little too dark but I like the silhouette. 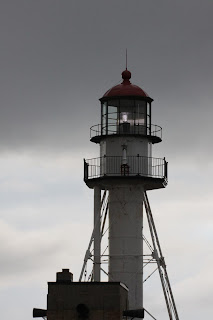 I tried to get a shot with the light showing. It looks like there is a new light in here. 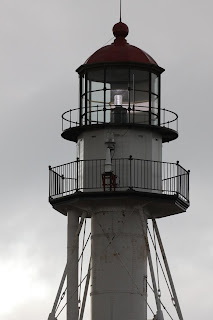 And my last shot of the tower.
Posted by Mikoyan at 10:12 PM