I had a pretty busy month last month, so I didn't have a chance to make up for my August shot. I figured that today was close enough to August that I could still call it August and keep myself somewhat on track for this 12 month series.

Anyways, I decided to stop at the Arboretum to get my "August" shots. It was pretty hot but it wasn't too bad walking though the Arboretum. I'll have to say that the Arb is one of my favorite places to wander in Ann Arbor. It is very peaceful. 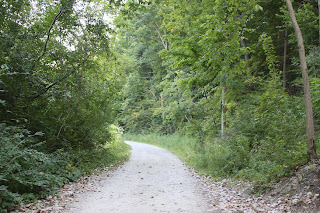 This is the main trail leading back into the Arb. 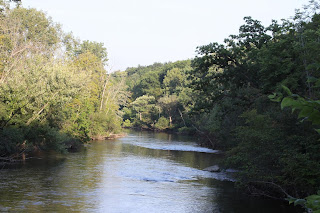 The Huron River is one of the borders for the Arb. 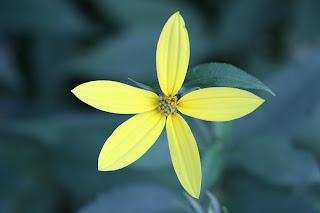 I'm not sure what kind of flower this is but I think it is one of the late summer wildflowers. My mom gave me a quick reference for wildflowers but I still can't find it. 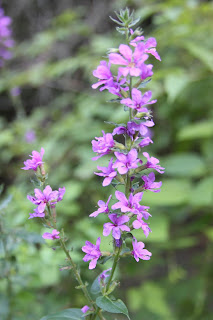 I think this one is pickerelweed but I'm not sure. 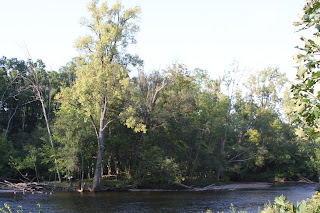 A stand of trees on the other side of the river. I think there was someone sitting under them. 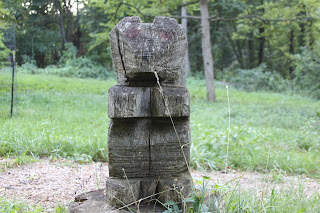 This is kind of interesting, I noticed it last time I was wandering in the back of the Arb. It appears to be a statue of a squirrel. 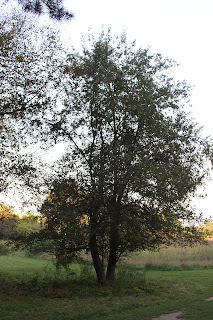 This tree is one of the constants of this series. 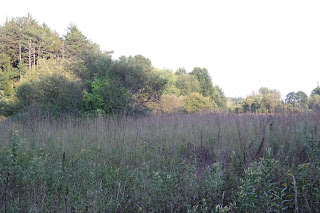 Another constant of this series. It is still hard to believe that a couple of months ago, grasses weren't this tall. And a few months before that, this was covered in snow. 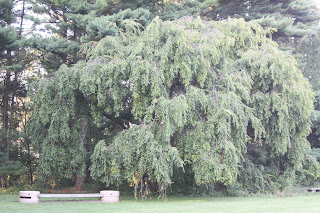 Probably may favorite tree in the park. 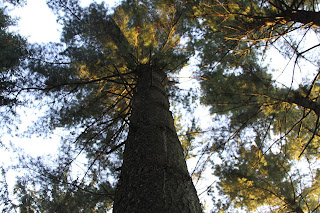 I think one of my favorite shots is one where I am looking up at something. In this case, I'm looking up at a pine tree. I really like how the golden light is hitting the tops of the trees. 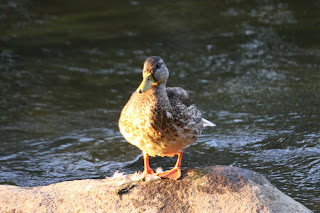 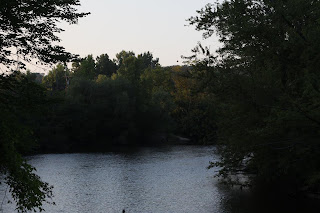 Looking at the other side of the Huron River. In this shot, I was trying to darken the exposure to bring out the sky. Not sure it worked though. 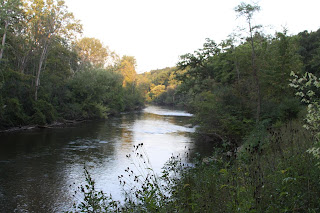 I think I like this shot a little better. Especially how the light is hitting the trees in the back.
Well this month, I will try to get this series back on schedule so that it will actually be in September. I noticed that some of the trees were staring to turn color although this area tends to peak in late September or early October, so I may have to time this for later September.
Unfortunately, I didn't see the hawk.