As I was heading up Belle Isle to take a picture of the Algoma Spirit, a ship was going downbound right at the tip of Belle Isle. I thought I would have enough time to catch her as she was passing. As it turned out, I didn't. However, I looked down past the Ambassador Bridge and noticed a ship making her way upbound. I couldn't quite make it out. 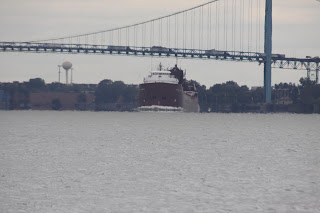 Turns out, she was the Honorable James L. Oberstar which has appeared before on this blog. Here she is as she is passing under the Ambassador Bridge. 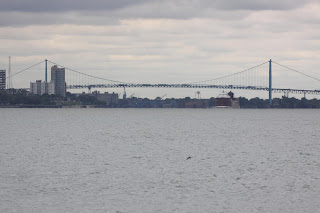 Since I've taken pictures of her before, I decided to pull the camera out a bit in order to get a decent shot of the Ambassador Bridge. 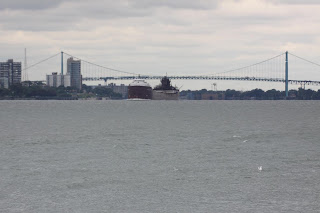 Another shot with the ship a little larger. 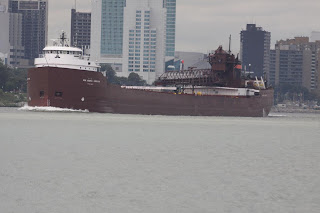 Here she is getting a little closer. 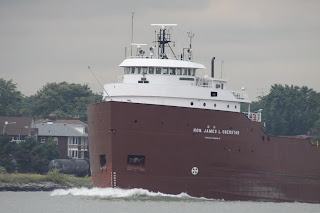 This time, I decided to keep the larger zoom lens on so that I could get some detailed shots of the pilot house. 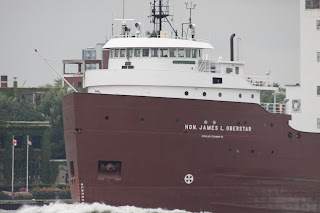 Another close up of the pilot house. It's amazing how much water they churn. 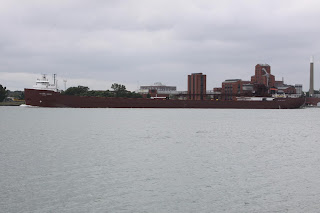 Put the little lens so I could get the full on side shot. 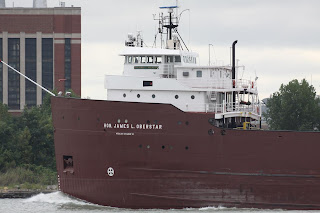 Another closeup of the pilothouse. 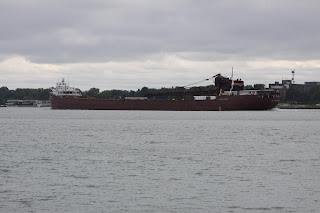 Here she is pulling away. 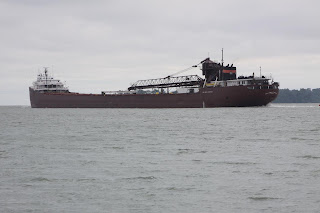 I then decided to drive up to the other part of the Isle to catch her as she heads out to Lake St. Clair. 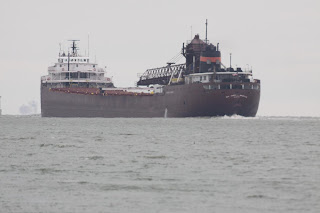 In this shot, you can kind of see the Algoma Spirit heading out. 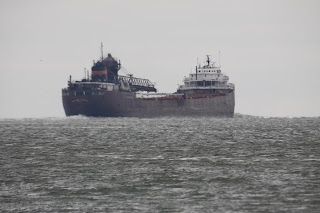 Here she is way out. 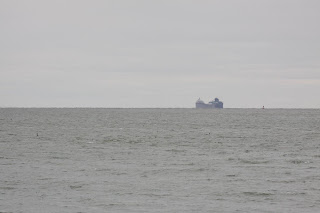 Pulled back again.
Posted by Mikoyan at 8:35 PM