So I decided to go to the Arboretum tonight. I was waffling about whether I wanted to go or not but since I needed to get my September pictures of the Arb and get back on track on doing that monthly, I figured I would go. As it turns out, it was a good thing I did. 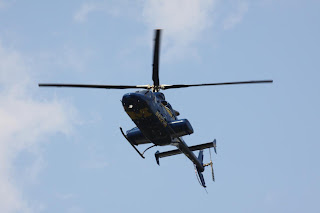 As I was turning into the parking lot for the Arb, I heard the Survival Flight helicopter off in the distance. I hurried up to park and I was able to get a couple of pictures. This was was it was coming in. 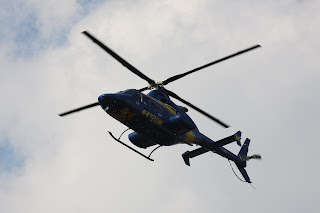 Getting a little lower for the landing. 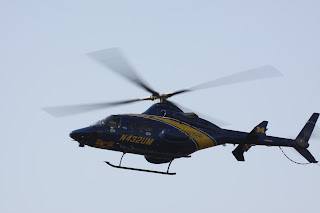 On this shot, I slowed down the shutter speed a bit to get some motion in the rotors. Surprisingly, it turned out. 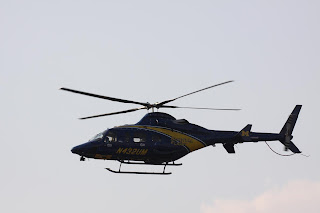 Back on a normal shutter speed but I like how it turned out. The dark blue against the pinkening sky.
Posted by Mikoyan at 6:33 PM