So the ship I was going down to the River for was downbound and wouldn't be hitting Riverside park for about 15 minutes or so after I got there. As I was looking to the west, I saw this ship pulling out of the dock there. 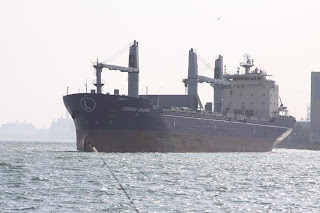 The ship in question is the Federal Miramichi. Unfortunately I don't have many details on it except that it is owned by a German company. Miramichi is a town in New Brunswick. 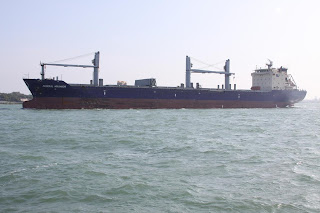 The ship itself was built in China. 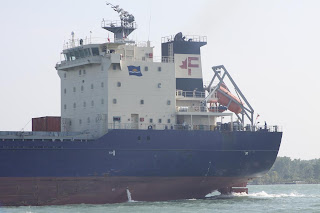 I tried to get a closeup of the superstructure but I had the wrong lens on my camera. 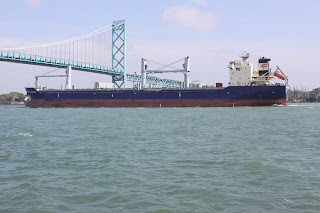 When I took this shot, I didn't notice the pink in the clouds. 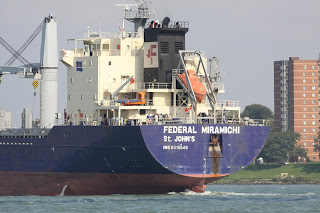 The ship pulling away from the Ambassador Bridge. 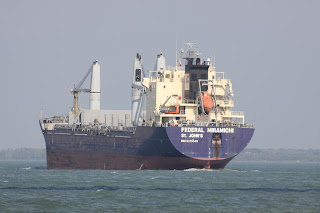 Up a little further on the Detroit River. It was a slightly misty day and this one almost looks like it is out on the lake. 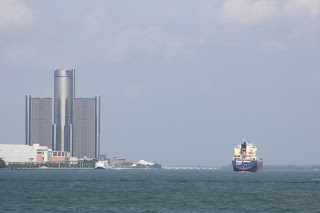 I kind of like this shot with the Ren Cen in it. 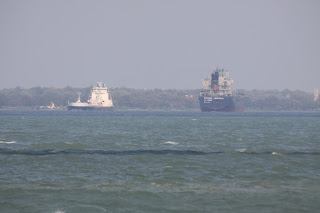 The ship on the left is the Buffalo which was the ship I was waiting for.
Posted by Mikoyan at 10:05 PM