So I decided to take today off in order to make it into a 4 day weekend. I didn't do too much yesterday, so I decided to head down to Detroit for some shipwatching. According to boatnerd, there were 2 ships coming upbound at 10:30 and one coming downbound a little later. I wasn't sure if I could catch the upbound ships as I was getting a pretty late start..... 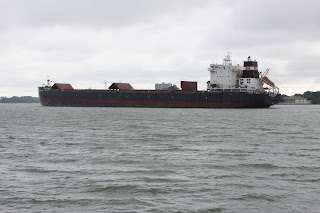 One of the upbound ships was the Manistee, I don't think she's made an appearance on this blog. And she still isn't on this blog as I think I missed her by not that much. The next ship was the Algoma Spirit, which is pictured above. Unfortunately, there isn't much information on boatnerd about her. 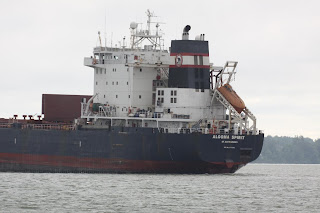 After a little bit of digging, she was built in Yugoslavia in 1986. 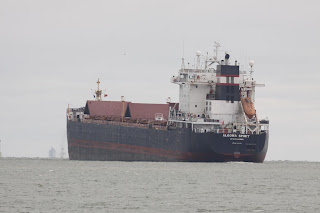 She is 728 feet long and can carry a little over 34,000 tons of cargo. In this shot, you can see the Manistee moving below the horizon. 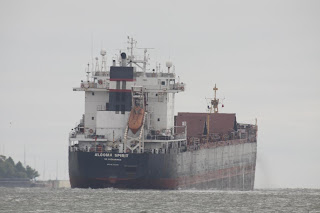 She is owned by the Algoma Transport Company and has 7 holds. 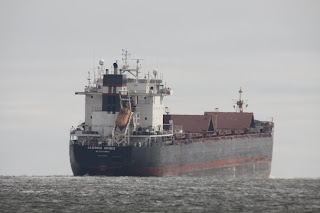 Here she is as she heads into Lake St. Clair. 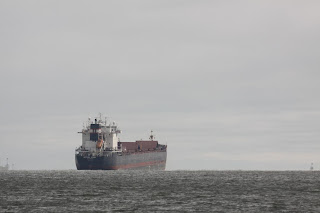 I wanted to do this shot to show just how vast the Great Lakes are (and Lake St. Clair isn't even officially one of them...just a very large lake). 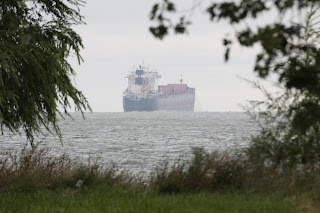 And a shot with some framing.
Posted by Mikoyan at 8:18 PM