As I saw the St. Clair docking (I was hoping she would come up further but she didn't), I looked downriver and noticed another ship coming upbound. This was another unexpected ship, so I was happy to get another bonus ship. 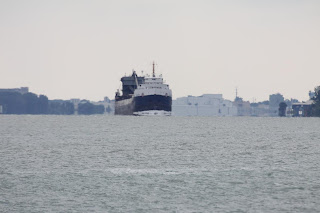 Turns out that she is the Algomarine, which has appeared on this blog before. So I wont post any details about her. 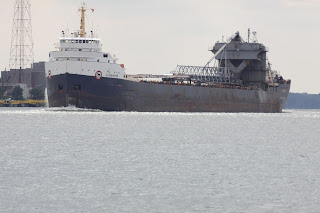 She has the lines of a classic lake freighter and is a self unloader. She is operated by Algoma Central and in keeping with their naming scheme as Algo in it. 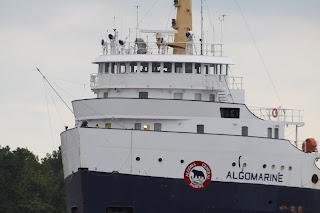 Since I had taken pictures of her before, I decided to leave the zoom lens on a little longer to get some detail shots of the pilot house. 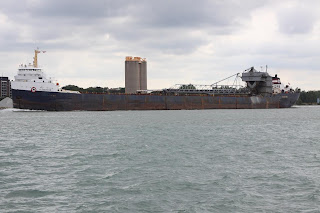 A shot of her length. 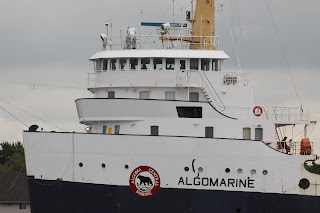 Another shot of the pilothouse. 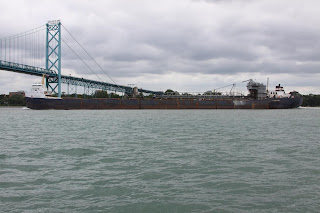 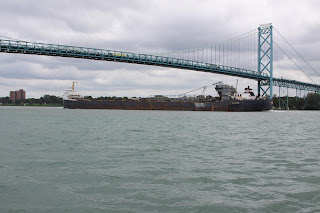 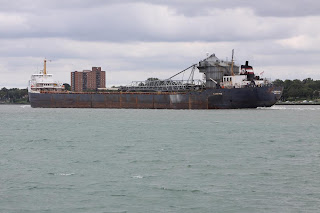 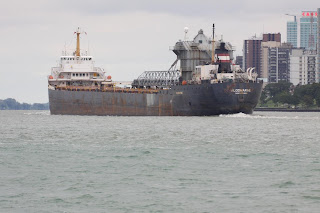 Heading upbound for somewhere.
Posted by Mikoyan at 9:35 PM