The River of Time - Bay City

So I found out about an event in Bay City called "The River of Time". I might have heard about it before but I never checked it out. Basically, they have groups of re-enactors of periods throughout Bay City's history come down. Some of them are set up in encampments that resemble the encampments of the period they are re-enacting. Apparently, Bay City has been doing this since 1990. 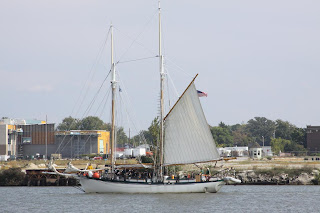 One of the things the were doing was a mock naval battle. Sadly, I was too late for the battle but I was able to see the Appledore as she headed back down the river. I kind of wish I could have seen her under sail. 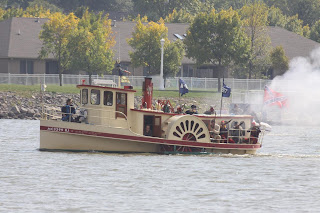 This is a paddlewheel that was part of the battle. I think in this shot they were fighting with a shore battery. 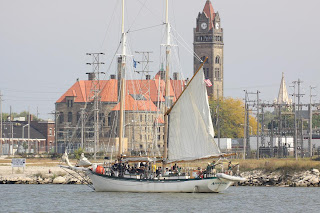 The Appledore passing City Hall. I kind of wish there were a cleaner background for this shot. 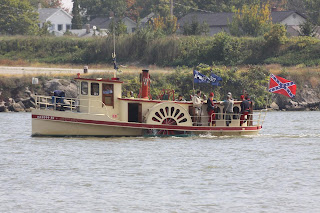 Another shot of the paddlewheel. 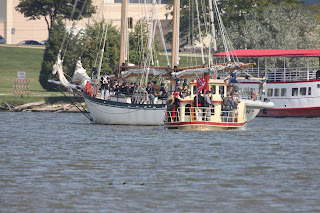 The two ships together, I was hoping that this would have been a simulated boarding. 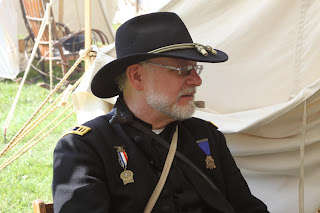 One of the Civil War re-enactors. This one is dressed as a Chaplain. 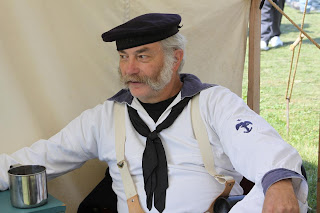 A sailor from the Civil War. I don't normally like to take pictures of people but if I do, I prefer them to be natural and not posed. 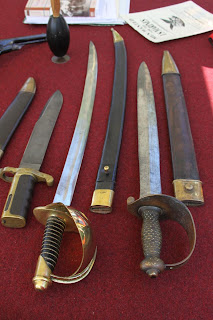 Some cutlasses of the Civil War. 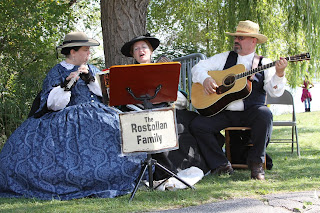 A group of musicians. 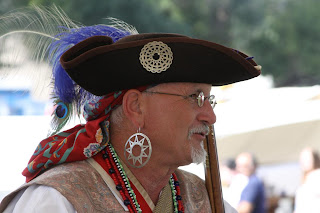 One of the people dressed up like a fur trader. 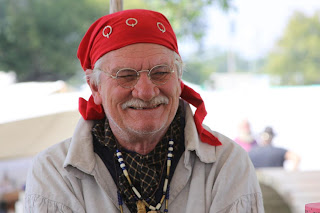 Another one of the fur traders. 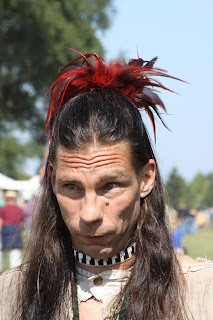 A person dressed up like a Native American. I didn't get the chance to ask what tribe he is supposed to be though. 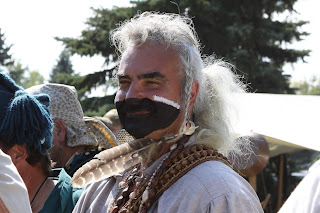 Another Native American. If I were going to guess, I would say Huron but I'm probably wrong. 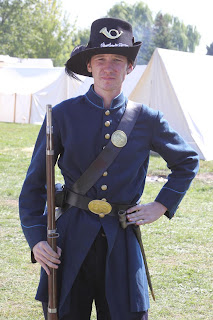 Another of the Civil War Re-enactors. 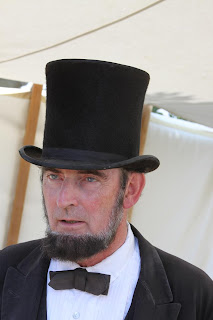 This person is doing Abraham Lincoln. Apparently, he did a re-creation of the Gettysburg Address. 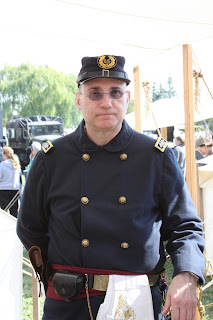 One of his aides de camp. This person was a Lieutenant. 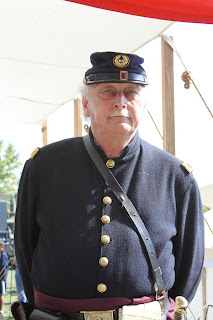 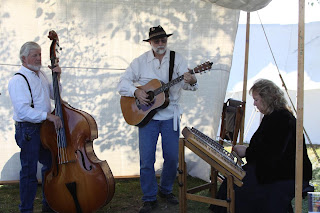 Another group of musicians. 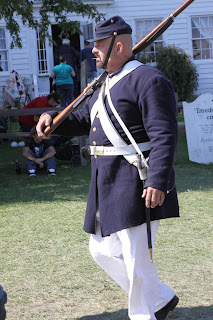 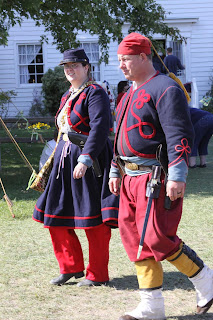 Some Zouaves. This uniform was based on a French Army uniform. These units practiced different techniques than regular Army units.
Posted by Mikoyan at 11:11 PM

The Paddle Wheel belongs to Ed Morris you remember the one who launched the boat at Memorial a number of years back and it sank....Anyway it is docked at the Kingfisher and is availaBLE FOR BOATRIDES DOWN THE RIVER ON sUMMER EVENINGS...