The Barton Dam in September

There seemed to be a let up in the rain for a bit, so I decided to head over to Barton Dam. I was a little reluctant to head over there since I heard that Ann Arbor may be a zoo because of the game tomorrow. Turns out it wasn't too bad to drive through Ann Arbor. It looked like there was some pretty neat stuff going on. 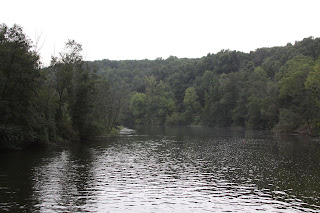 Looking down the Huron River from the footbridge just as you enter the park. I want to try to have the same scenes for this project so that when I combine them at the end of the year, you can see the effects of the season. 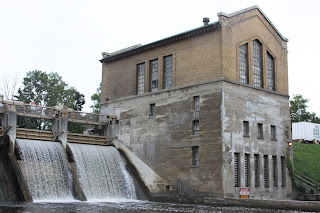 A picture of the dam itself. Behind the dam part, there was a barge because they are doing some work on it. That is also why there is that trailer off to the right. 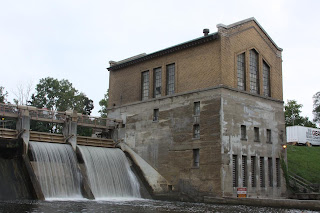 A slightly different angly with the shutter speed slowed down a bit to give the effect of water motion. Like I said, it wasn't raining but it was overcast. 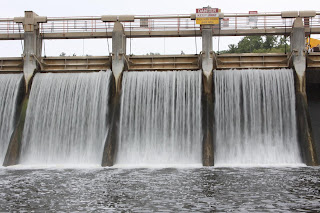 The dam itself with the shutter speed slow for the water motion. Interestingly enough, this was clearer than the faster shutter speed picture. 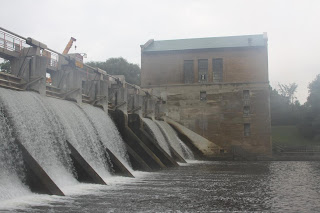 Just as I got to this point in the park, it started to rain. This brings to mind an old saying in Michigan, if you don't like the weather, wait five minutes. 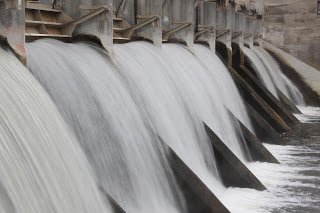 A closeup of the water falling over the dam. I think I like using the slower shutter speeds on this shot. It was overcast enough that I could get a decent shot to boot. 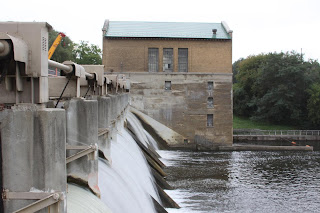 I think this is my favorite angle of the dam. It's a shame that all of the chutes aren't open though so that the shot would be full of waterfalls. 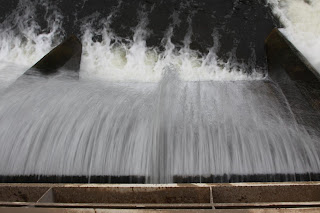 Looking down at the water. 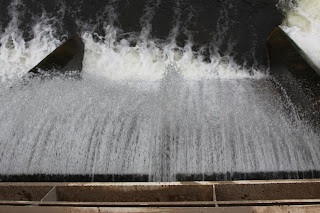 Using a faster shutter speed for basically the same shot. This freezes the water. 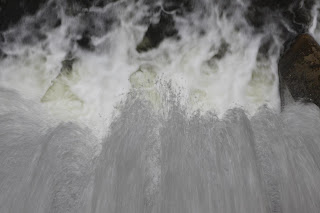 I don't know why I like this shot, but I do. I think it would have been a little better with some contrast between the water and the foamy part at the bottom. 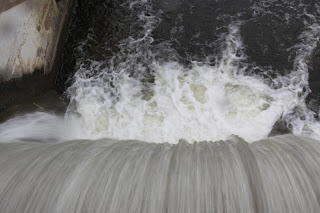 I really like the churn in the water at the bottom. 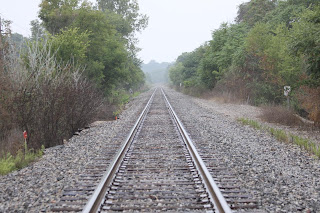 Looking down the tracks. I got a brief reprieve from the rain. There was a slight haze in the picture. 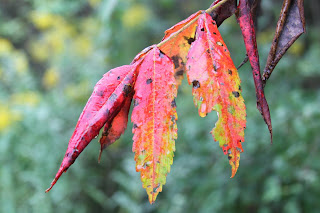 As I said a brief respite from the rain. It started to pick up again but I kind liked the sheen it gave the leaves of this sumac plant. 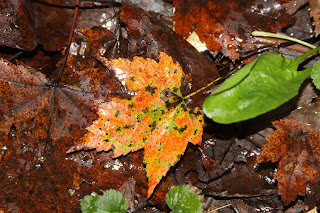 Fall is starting to come upon us and there are some leaves on the ground. It seems like not too long ago, summer was starting. 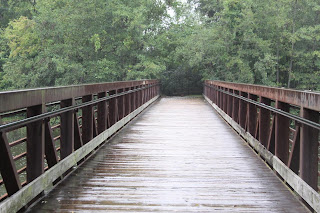 And then it really started to pour. I kind of like the reflections on the path. 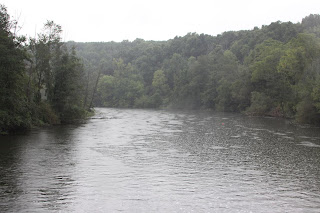 Same shot as my first, but notice the rain falling on the river. I think you can see some of the streaks of the rain. 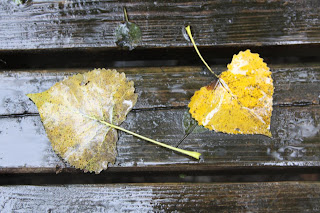 A couple more fallen leaves with a shiny bench.
For some reason, I've been able to keep up on this project and keeping it within the month its supposed to be unlike the arboretum one.
Posted by Mikoyan at 6:25 PM