Normally, I don't get a chance to take pictures of the Bridge while crossing because I am usually the one doing the driving. Yesterday, my mom was driving across the Bridge so I had the opportunity take pictures. 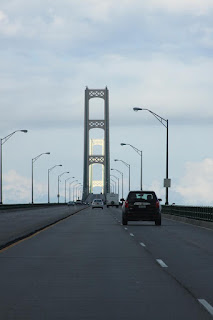 As you approach the first tower. You can't tell from this picture, but there is a slight incline. As you get between the towers, there is more of an incline. 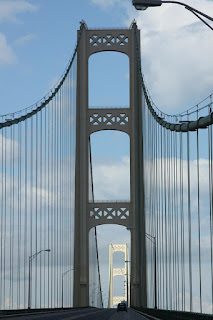 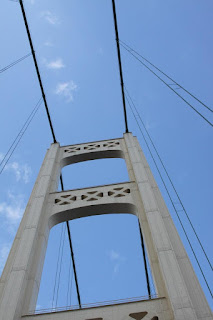 I was trying to get a shot looking up at the tower but it was difficult since my mom doesn't have a convertible. I still kind of like the shot though. 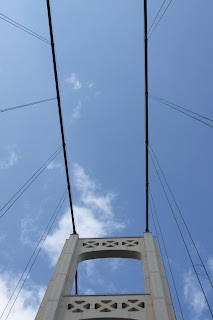 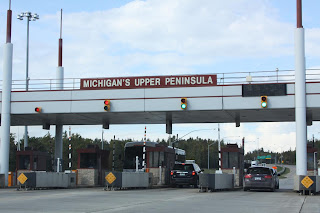 The tolls booths as you enter the Upper Pennisula. The bonds on the Bridge were paid for a while ago, so now the tolls are used for Bridge Maintenance and other things.
Posted by Mikoyan at 9:37 PM