More Pictures of the Mackinac Bridge

I decided to head up to Tahquamenon Falls yesterday because it has been a while since I've been up there. I thought that possibly the colors would be in bloom yesterday. There were a few but not as much as I had hoped. 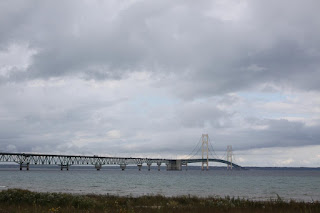 The weather was a little overcast and I thought it was hazy but it wasn't too bad. I like overcast as a backdrop for the Bridge. I think this one worked out pretty well, especially since you can see the whole bridge (almost). 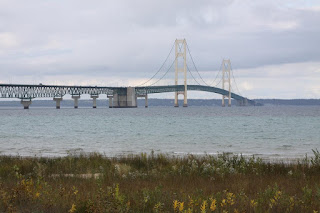 A little tighter shot of the Bridge. 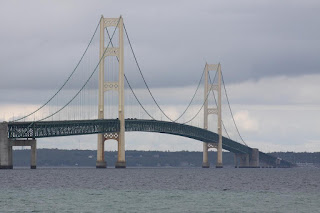 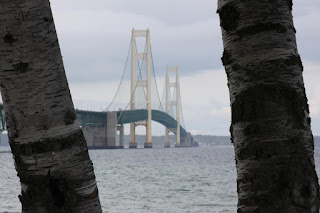 And the pretty much standard shot of the Bridge through the birch trees. I think the Bridge itself is a little blurry because I wanted the trees to be more in focus. I used a high enough f-stop that the Bridge was slightly in focus though. 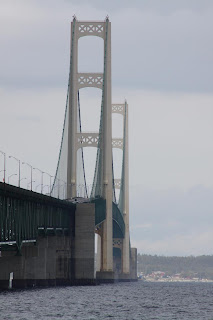 I don't usually get this shot of the Bridge. 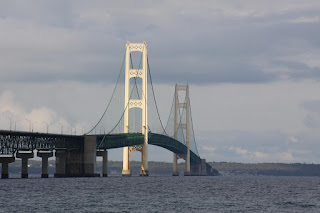 As I was heading back to the car, the clouds broke a little bit to give nice lighting on the south tower. I kind of like the effect.
Posted by Mikoyan at 9:24 PM