And you were wondering where the wolverine pictures were.  My favorite animal at the zoo is by far the wolverine.  I make it a point to stop by the wolverine pen every time I visit the zoo.  They've finally moved them back to their original pen, so that was pretty cool. 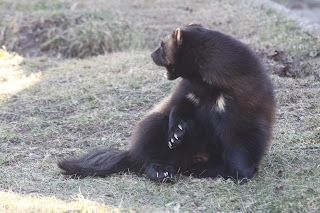 What was even more cool was that he was active and running about the pen.  I think he had some food around here.  Or he's saying, "Space bitches....space". 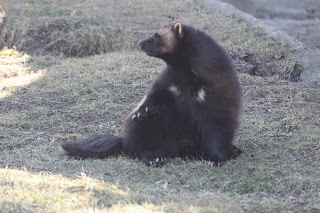 At any rate, I think they are very cool animals. 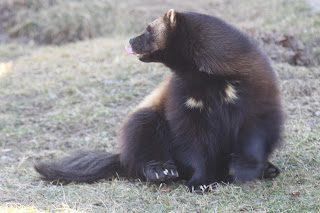 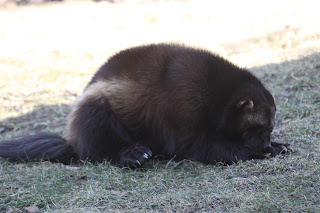 And the food I was mentioning. 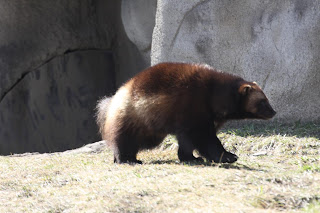 As I said, he was wandering the enclosure. 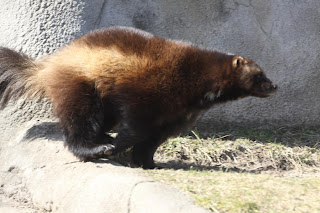 A wolverine run is a pretty odd sight.  They more or less hop a bit.  But don't let that fool you because they are pretty fast especially in the snow. 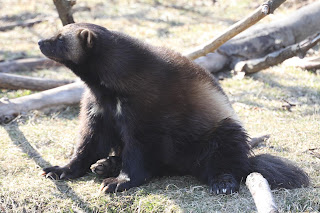 Here he is sniffing around. 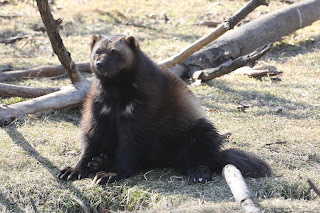 And I leave you with one more shot.
Posted by Mikoyan at 6:37 PM