The ship that I thought I would be seeing from Riverside Park was the Herbert C. Jackson.  She has made an appearance on this blog in the past so I'm not going to go in to her history. 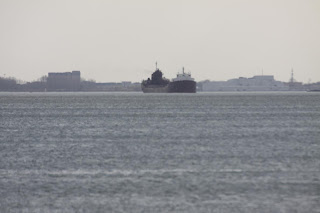 Unfortunately, this picture is a little on the blurry side but trust me, that is the Herbert C. Jackson (which is not the answer to the mystery question btw).  I think she was heading into the Rouge Steel Works or something. 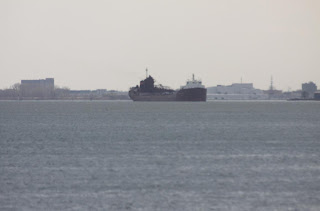 This was about as close as she would get to me so I decided to pack it up.  I was about to leave Detroit when I remembered there was another ship on the way down.
Posted by Mikoyan at 10:00 PM