MAC Tournament Game One - The Game

And after all of that, we get to the game. 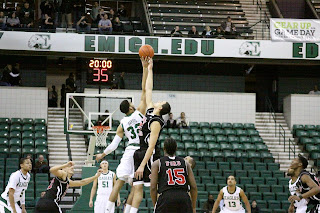 The jump ball to start the game.  I think NIU won the jump ball and launched a three pointer out of the gate almost. 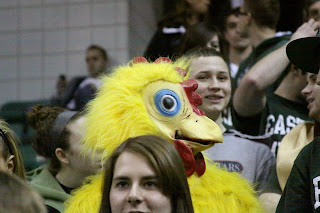 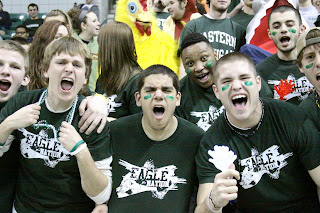 A shot of some of the students. 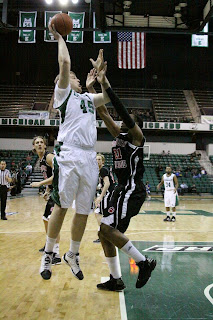 Matt Balkema going for the basket. 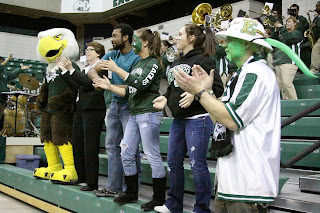 A shot of Swoop, President Martin and some of the students getting into it with the band.  I think it is really cool that the President is present at most of the sporting events. 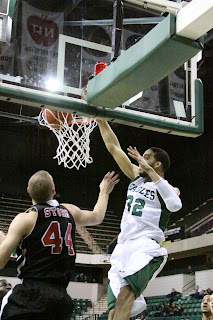 Jamell Harris during what would be pretty much the only highlight of the first half.  Eastern had what looked like really flat shooting. 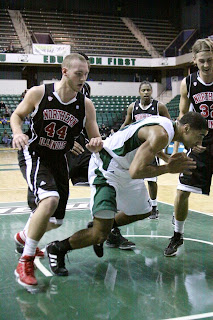 Antonio Green in what appeared to be getting fouled. 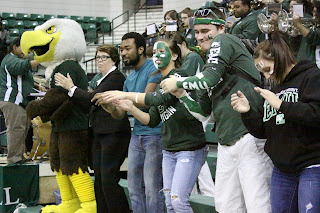 Another shot of the President and Swoop. 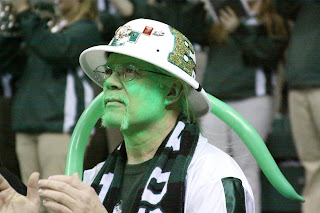 Another shot of what I will call the EMU super fan.  I seriously wish there were more people like him.  Hell, I wish I could get that enthused about EMU sports. 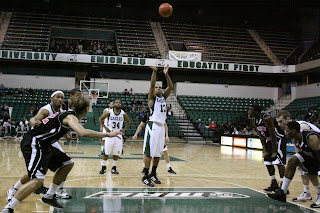 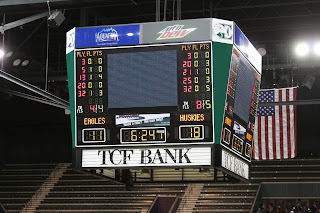 As I said, EMU was pretty cold offensively.  They looked pretty decent defensively as they held the Huskies to 18 points. 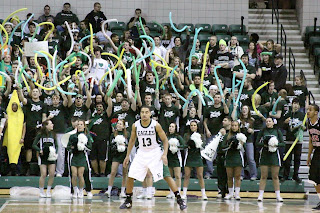 An attempt at a crowd shot. 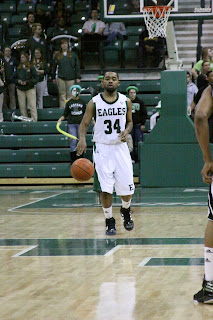 Darrell Lampley bringing the ball down the court.  I hate to say it but he didn't look like his normal self tonight.  He was till pretty decent though. 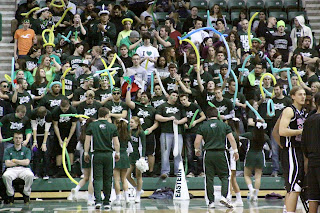 Another shot of the student section. 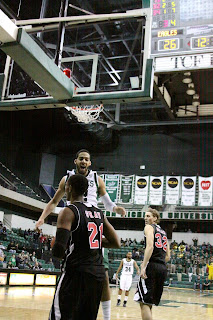 Jamell Harris after coming down with a shot.  I kind of liked the look on his face. 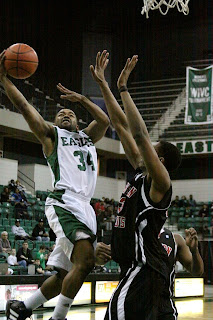 Lampley charging towards the basket. 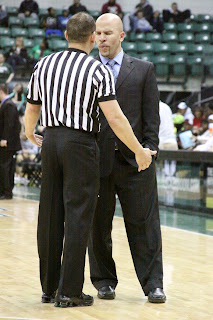 The EMU Assistant Coach expressing his displeasure with the some of the officiating.  It seriously seemed like they were pretty inconsistent in how they were calling the game.  But in the effort of consistency on my part, I'm not going to blame them. 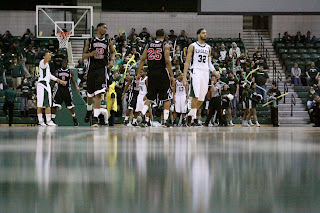 I was trying for a more artistic effect on one of my shots.  I think I would have liked it better if there was something going on. 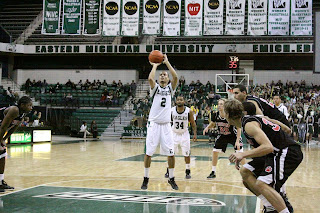 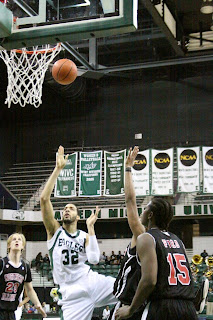 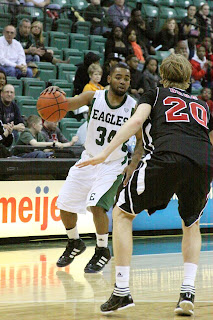 Darrell Lampley dribbling the ball and setting up the play. 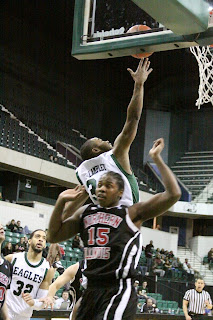 Lampley going for the basket. 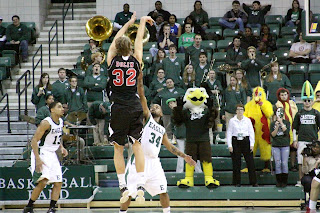 NIU making one of many three pointers.  It seemed like there was a vacuum under the rim for these shots. 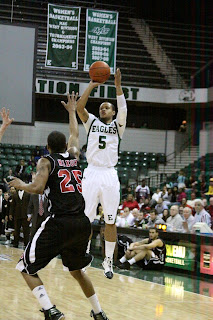 Derek Thompson going for a three.  It seemed like EMU was missing just enough to make things nervous for the game. 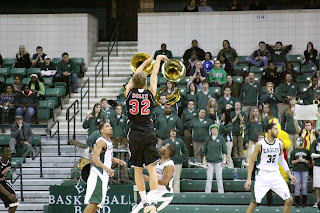 And another three pointer.  I'm not sure how many they made...but it seemed like enough. 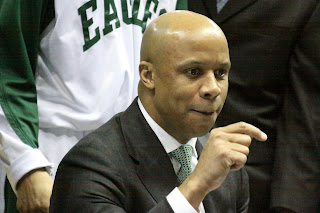 Rob Murphy discussing strategy for the game.  One of the things that I like about him is that he seems to remain calm unless the team is making boneheaded mistakes. 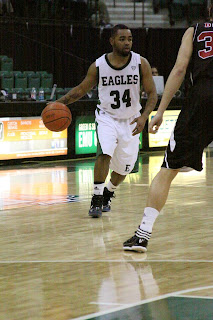 Lampley bringing the ball in again. 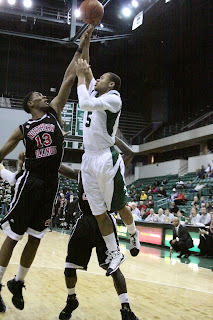 Thompson going for the basket again. 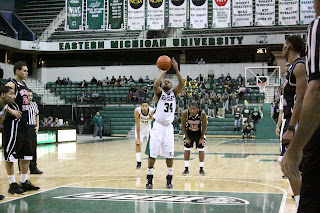 Lampley at the free throw line.  If he would have made these shots, it would have put the game within reach.  Uncharacteristically, he missed the first free throw. 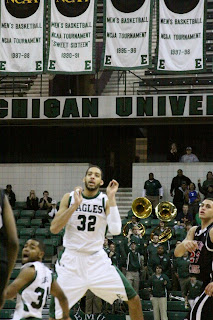 Jamell Harris after attempting what would have been the game tying three pointer.  This ending seemed like the same ending for the football team.
Posted by Mikoyan at 9:02 PM