It was pretty windy yesterday which means the waves were kicking up pretty well.  As I was taking a picture of the lighthouse, I noticed a rock they were crashing again.  So I decided to use my repeating function on my camera to catch the wave as it was crashing over the rock. 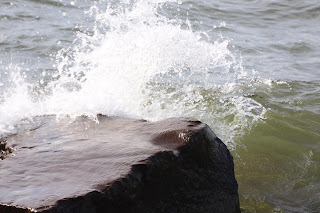 The start of the sequence wasn't too exciting.  This is where the wave was starting to crest over the rock.  I wonder if I should have tried another series with the shutter speed down a little bit. 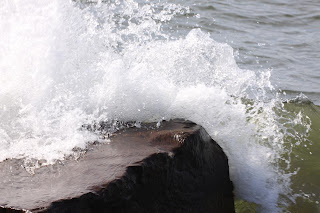 The wave starting to consume the rock. 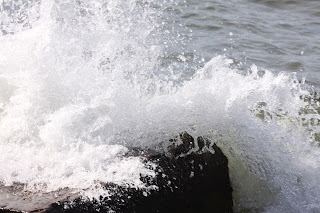 The rock getting more engulfed.  I think I like this shot a little better because it reminds me of a Japanese print. 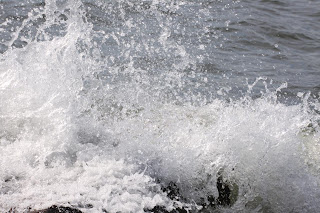 The wave almost finishes it's crashing. 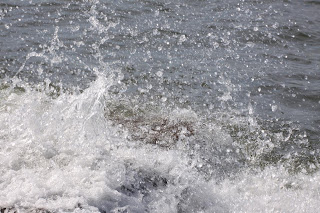 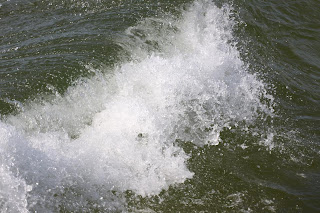 Then I tried my hand at some of the other waves.  Not as much success though. 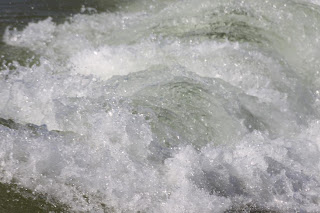 The wave consuming itself.
Posted by Mikoyan at 8:53 PM