So I decided to do a little seeking out of some more ships that are laid up.  I really was jonesing for some ship pictures.  Another blog I go to had some pictures of a couple of the Interlake ships near Ecorse along with some pictures of the Boblo Boats.  I vaguely remembered where the Boblo boats were parked, so I went looking for them. 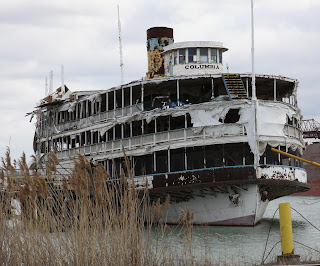 The first ship I found was the Boblo Boat Columbia.  Boblo Island was a amusement park that remained in operation from 1898 to 1993.  This particular steamer is the Columbia which went from Detroit to Boblo Island.  It was about an 18 mile ride.  She was constructed in 1902 in Wyandotte, Michigan.    She was a steamer and the first with a proper ballroom.  I'm not sure which boat was in this commercial but one of them was.

The Columbia is being sold to a group in New York which plans to restore her. 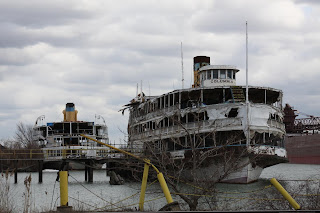 Another shot of the Columbia.  In the back is the Ste. Claire which was built in Toledo in 1910.  She is going to be restored by another group at some point. 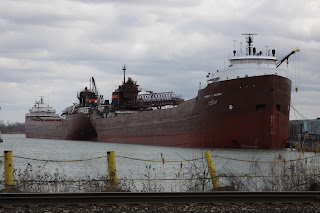 A pair of Interlake ships in winter layup.  The ship in the front is the Herbert C. Jackson.  The one in back is the Honorable James L. Oberstar.  Both ships have appeared on this blog before. 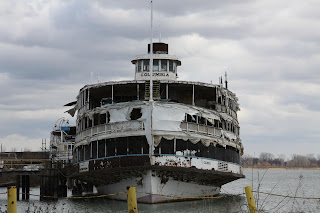 Another angle of the Colubmia. 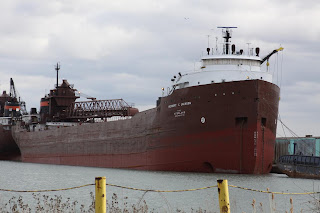 A closer shot of the Jackson.  Unfortunately, these were in the best location and I couldn't get much closer than this. 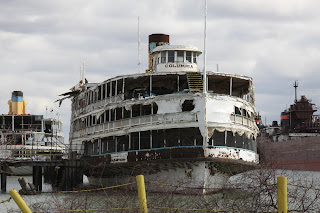 One more shot of the Columbia. 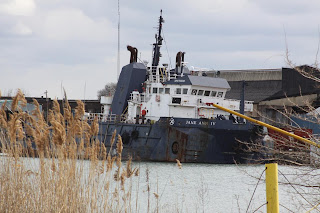 I believe this one is a tug.
Posted by Mikoyan at 2:29 PM

aaah, those Boblo boats. I can't wait for St. Claire's restoration to be finished.

Shouldn't this be tagged Lakes Shipping (Interlake) and not Lower Lakes?