Some of My Planes

I thought I was gonna get out and get some pictures of ships tonight but it didn't look like anything would be going by Detroit when I got out of work.  So I decided to take some pictures of some of my models.  I was trying to get the pictures from roughly the angle where they would look like I was standing in front of them. 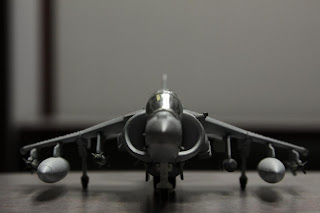 The AV-8B Harrier.  This would be the US Marine version.  The Harrier is one of my favorite aircraft.  I think I would have liked this shot a little more without the background. 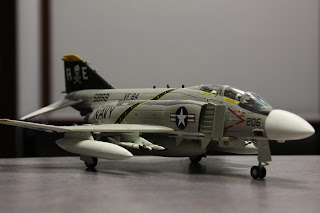 An F-4 Phantom wearing my favorite aircraft regalia.  Another one of my favorites. 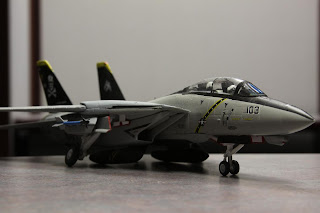 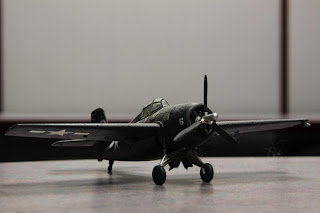 And a Wildcat to finish things off.

So tomorrow I will be taking ship pictures for sure.
Posted by Mikoyan at 5:06 PM

Nice planes - great decal work. My dad use to work for Revell when he was younger, so I grew up building models too (although I prefer tanks). Nice photos.

I will have to admit that these are die cast models. I used to build models of my own but I lost some of the patience to do them. I have a really nice Enterprise in my living room though (CVN-65 version).

So will you be off for the Soo then?

By the way, the locks are opening a day early if you didn't hear.