The John G. Munson Passes Through the Locks

Next up was the John G. Munson.  She has appeared on this blog before, so I'm not going to go into too many details about her.  I think everyone has a favorite fleet on the Great Lakes, mine happens to the Great Lakes Fleet.  I think they have the coolest livery of all the ships.  They also seem to have the widest selection of ship types.  And some of their ships are strewn throughout the history of the lakes. 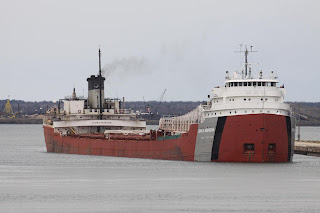 Since my history on my earlier posts are a little on the sparse side, I will put some of her history here.  She was constructed by the Manitowoc Shipbuilding Company in 1952 and was mostly used as a limestone carrier. 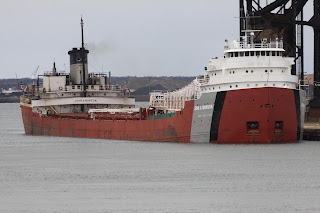 She was named after John Gephart Munson who was President of the Michigan Limestone Company and Bradley Transportation Company.  In 1939, he was made a Vice President of the United States Steel company until his death in 1952. 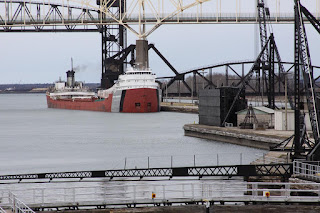 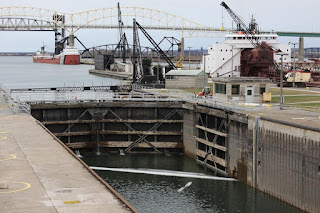 She is probably one of the last steam powered ships on the Lakes. 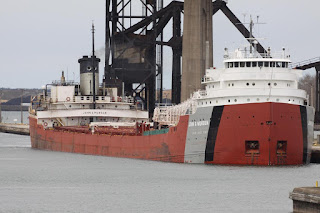 Here she is making her way into the locks. 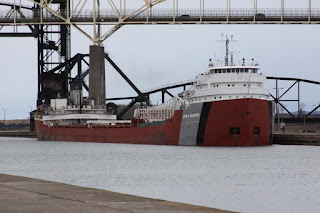 A shot from a nice little spot at the end of the locks. 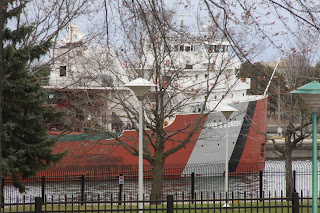 By the time the Munson was actually going through the locks, we were getting pretty hungry so we decided to have lunch at the Freighters Restaurant (pretty good food).  The view wasn't as great as I expected though.  But not too bad.
Posted by Mikoyan at 5:02 PM