From there, you are looking straight into Lake St. Clair and generally it provides a nice clean background for the ships.  They also come in at a nice angle, so you get an almost profile shot.

At any rate, making another quick appearance on this blog is the John G. Munson.  When we last left her, she was up at the Soo Locks and became the second ship to pass through the locks for the shipping season.  I'm going to guess that she's been busy since leaving the Locks but I'm not sure. 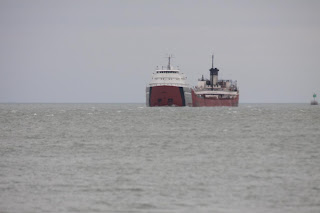 Like I said, you get a nice clean shot of the ship against the back ground of just water.  They seem to just stand there until they are almost right on top of the island. 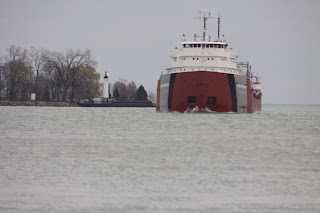 Here she is with a backdrop of the Windmill Point Lighthouse. 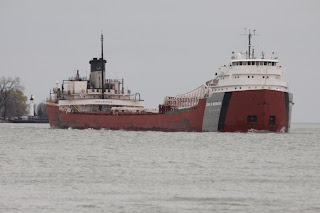 Then she makes a sharp turn to enter the channel. 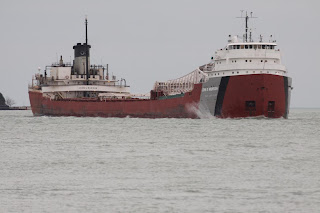 As you can see it was pretty windy out there.  Here she is kicking up a nice wave. 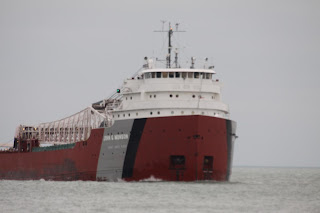 I think I would have liked this shot a little more had it been clearer. 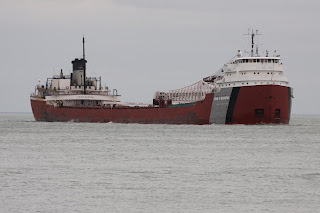 But I really like this shot with the nice clean lines. 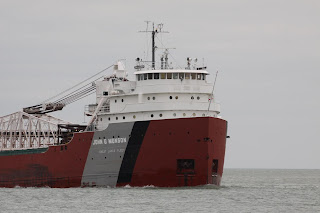 A nice detail shot of her bow and pilothouse. 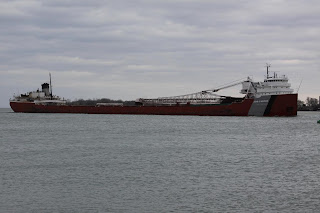 Here she is almost straight in front of me. 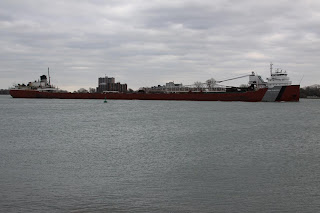 This is one of those spots where I need a wider angle lens. 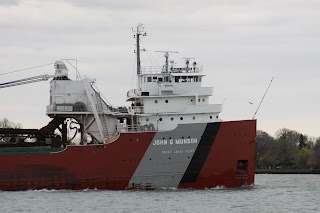 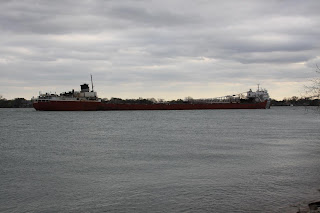 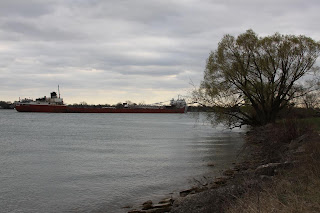 Someone suggested that I should try to get some objects in the foreground.  I think it does give a sense of perspective but I like more of the focus on the ship.

As I said in my similar post with the American Spirit, one of these days I would love to try to follow a ship from here to the Soo Locks or something.

One of the things I don't like about this spot on Belle Isle is that it seems like the ship takes forever to get to you but once it does, it is gone in a flash.
Posted by Mikoyan at 10:13 PM

My favorite spot is anywhere on the Welland Canal because they're moving past you like on a river but they're all so close to you. The Soo makes a nice case, though...