So I went up to mom's yesterday and then we decided to head further up north.  As were heading over on M-61, I saw an eagle picking at some roadkill.  I couldn't get my camera ready fast enough as he was trying to fly away with the roadkill.  It would have been my dream shot.  Oh well, maybe sometime.

We ended up in Frankfort.  It was a pretty windy day, so I was hoping that I'd get some cool shots of the lighthouse there. 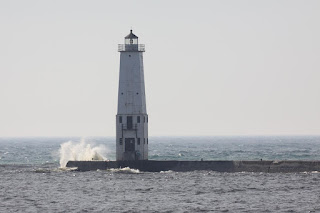 I've posted this lighthouse before, so I'm not going to go into details here.  It was a perfect day and as you can see the waves were kicking up pretty well. 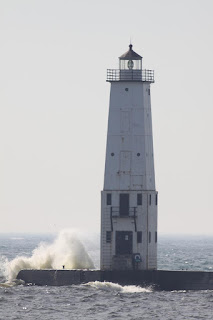 I think I got a pretty decent shot of this wave.  I wish I would have remembered to set my repeat picture function. 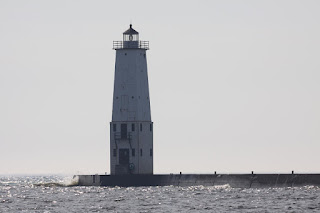 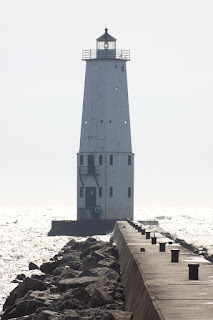 Then I decided to head over to the breakwater so that I could get a shot I haven't gotten before.  It was a nice enough day, although it was a little chilly. 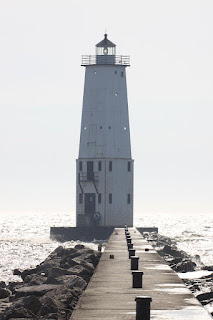 I moved over a little bit to have the breakwater act as leading lines.  I think I needed to be over a little more but I didn't have much space. 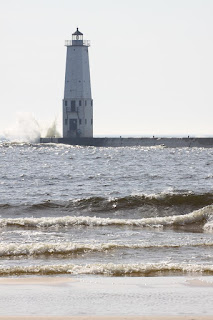 And one shot from the beach.
Posted by Mikoyan at 8:41 PM

Very nice shots. This is another lighthouse I do not know. I have much exploring to do this summer!
Suzie

It is always a good subject for photography.