The way we took from Sault Ste Marie to Tahquamenon took us by the Point Iroquois Lighthouse.  I don't know how many times I have stopped by this lighthouse but I do like it.  In other months, you can actually go up in the tower and it gives you a nice view of Whitefish Bay.  This wasn't one of them though. 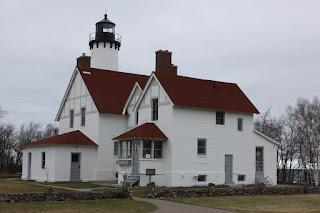 I've gone over the history of this lighthouse in past posts, so I'm not going to go over it's history in this post.  Just comment about the pictures themselves.  As you can see it was a gray day.  It was also a cold day which is supposed to be the norm at this time of year in Michigan. 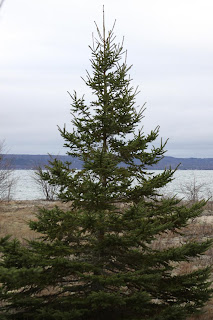 There are a couple of paths near the lighthouse and they give you nice views of Whitefish Bay. 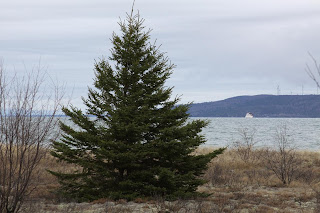 I'm not sure how well you can see it but there is a little bit of a hulk in the background.  I'm not sure what it's purpose is but it's there. 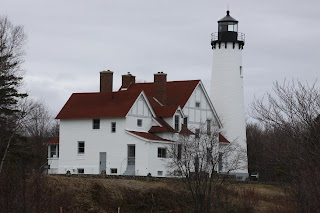 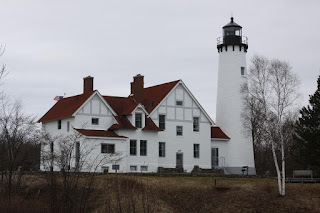 A shot of the front of the lighthouse. 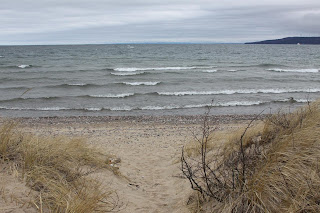 A shot of the beach.  I can only imagine how cold it would be. 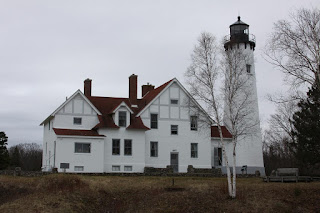 Another shot of the front. 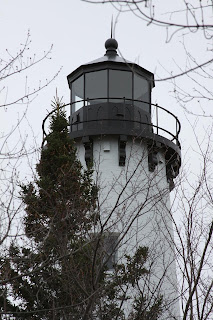 Looking at the tower through the trees. 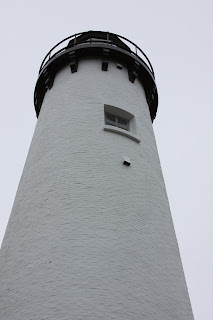 Looking up at the tower. 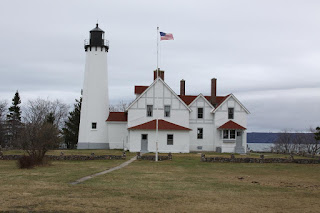 A shot from the road. 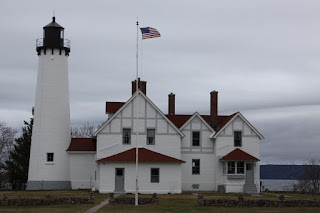 More of a closeup.  You can tell how windy it was from the flag. 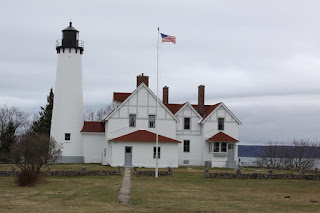 One last shot of the lighthouse.  I think this is one of my favorite lighthouses.
Posted by Mikoyan at 6:27 PM