But first a little background.  When I first found about opening day at the Soo Locks, it was supposed to be at 12:01A.M. on March 25.  I was fine with that but it would mean that I would have to bring my tripod and hope that my pictures would turn out.  On Friday, I found out that they were going to move the opening time to Noon on March 24.  That would probably work out better for me since I wouldn't need my tripod and I had a reasonable chance that my pictures would turn out. 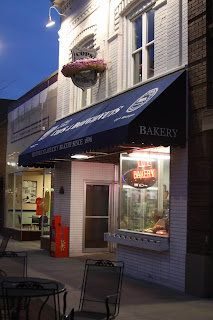 Which brings us to Cops and Doughnuts in Clare, MI.  An earlier start time at the Soo Locks meant that I would have to get up earlier to get up there in time.  In this case that meant getting up at four in the morning.  For the most part, I don't even realize there is a four in the morning.  But ships tend to be more important than a couple more hours of sleep.  So I got up, showered and headed up to meet my dad.  Because of that, I took a way up north that I rarely take.  I went up US-127 instead of I-75.  This meant going through Clare. 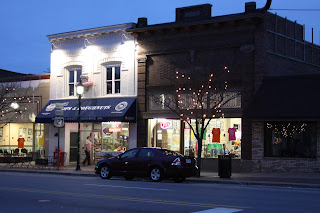 I've seen the signs for this place on the highway.  It is an oddly named place but I guess it's a pretty fitting name since cops are usually associated with doughnut shops.  My early start time meant a cup of coffee, so I figured this would be as good as any time to try this place out.  It was pretty good. 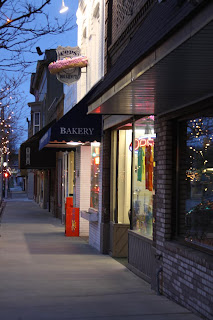 This wouldn't be this blog without a little history.  This bakery started in 1896 as the Clare City Bakery.  At that time, Clare wasn't much to speak of.  Clare still isn't much to speak of and when it looked like this bakery was going to go out of business, all the members of the Clare Police Department chipped in and bought it and kept it in operation.  And this blogger is glad they did because it was pretty good.  I will have to stop there again when I go that way.
Posted by Mikoyan at 5:56 PM

WEll, I will be your first candidate to leave a comment. Cops&Doughnuts is the best place a person can a have a delicious doughnut. Best doughnuts ever!!! I sure would"nt choose any other doughnut over Cops&Doughnuts. Employees are wonderful there, very friendly & out going.
My favorite place for a yummy doughnut.