I did something stupid on this blog.  A couple weeks ago, I did a retrospective post where I compared some of my earlier posts to some of my more recent posts.  Then someone pointed out a mistake and I thought I was clearing out the mistake.  Well, I ended up clearing out more than just the mistake.  And to compound matters, I must have hit save inadvertently.  So my original post is gone.

It is just as well I guess.  This time I picked some better examples.

In the three years that I've been doing this blog, I would like to think that I've grown a bit in my photography.  In some ways, I think I have.  I find myself thinking about the shot a little more now and I also find that I am having more and more shots that I like from a shoot.  So at any rate, let's take a look back. 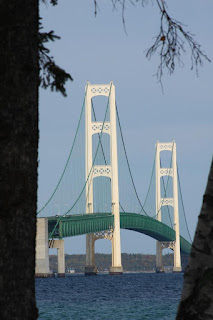 A frequent subject of this blog is the Mackinac Bridge.  It was the subject of my 12 month shoot and it is one of my favorite structures in the state of Michigan.  This was one of the first pictures I took when I got an SLR.  As you can see, it is not quite straight in the picture.  While I like my attempt at framing, I'm not sure about how it turned out. 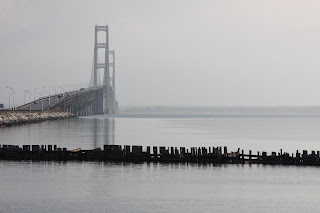 This was a more recent picture.  While I didn't try to frame it, it is at almost a similar angle.  I like this picture a little more because it feels a little more dramatic. 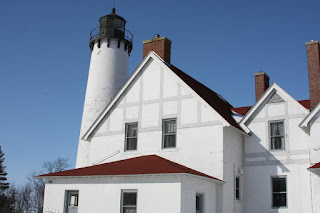 One of the things that gets me about building shots is how they look like they are going to fall backwards.  I know there are some tricks for avoiding that but I'm not quite sure how to do it.  Again, the picture looks crooked.  Also, do you notice the little gray specs?  I found out those are dust specs. I've figured out how to deal with those in the meantime. 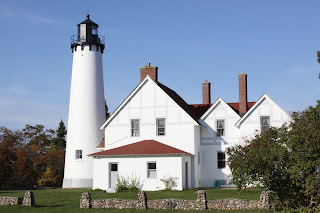 This is a much more recent shot.  The building is straighter and there are no dust spots.  I think it also a little more to the rule of thirds. 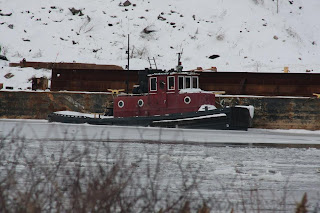 Another frequent topic on this blog is shipping.  I didn't really have many early examples of ships, so I had to pull out a picture I had of a tugboat.  The picture definitely isn't straight.  I feel like I need to watch for the boat to fall over the edge.  I suppose with a little post processing, it might be a nice picture. 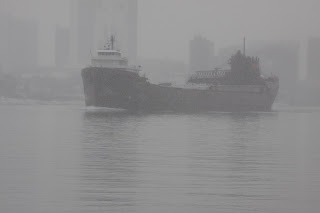 This is a more recent ship shot.  The misty look aside, I think this is a much better shot.    Again, I was being a little more cognizant of the rule of thirds. 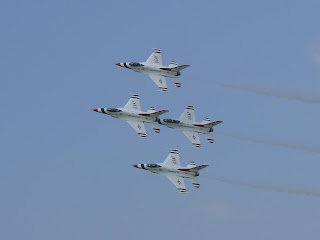 This was a shot I took prior to getting an SLR camera.  I don't think it's a bad shot but I could have waited a bit. 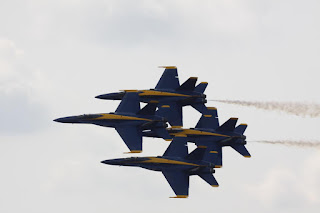 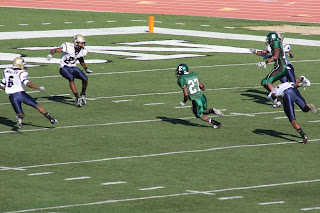 The next set of pictures is probably not a fair comparison since I've been able to get down on the field.  But still, I think I've shown improvement in my sports pictures too. 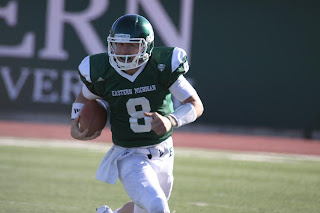 I like this shot quite a bit better.  You can see the player's eyes and can see that he is booking. 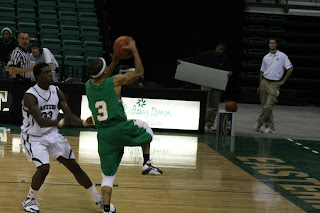 Basketball is probably a fairer comparison since I was able to get closer to the floor for the games.  While I like this shot, I think it could have been better. 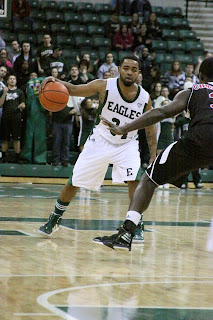 I like this one alot better.  Again, I have the player's face in the picture and it seems a little more dramatic. 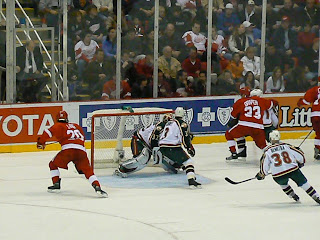 This is a fairer comparison as the angles are about the same.  I don't have the puck in this picture nor any of the faces. 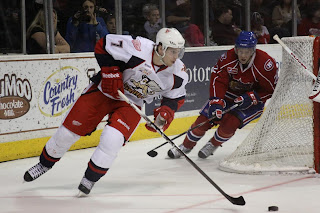 Like I said, I hope that I've grown in my photography.  Please leave comments in the comment section.

It seems that the viewer is part of the action in the sports photos, especially the hockey photos. You can almost hear the blades cutting into the ice, swish. as the player rounds the net.