Even though I have probably taken close to 1000 pictures of the Mackinac Bridge, I can't resist taking more pictures of it.  It is by far my favorite Bridge anywhere. 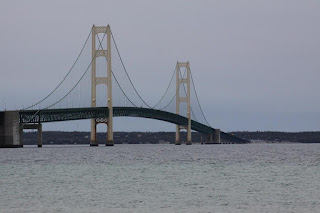 It was kind of a gray and dreary day which is about what you would expect in Northern Michigan in March.  It was still warm but that would change the further up north we got.  As you can see, there is no ice on the water.  It is too bad that we didn't get here about 15 minutes sooner because I could have gotten a shot of the Ojibway as she passed under it.  Oh well. 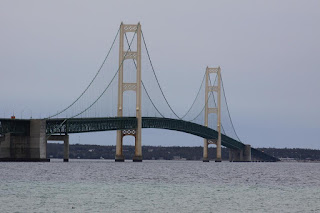 A close up of the Bridge. 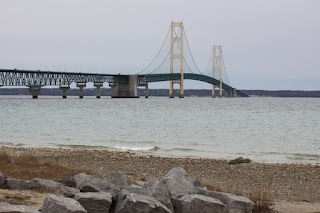 Probably one my favorite angles of the Bridge. 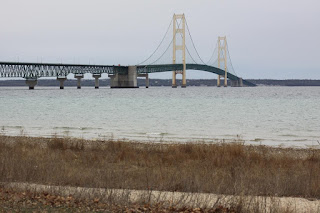 I tried to pull back a little more to get more of the span in there. 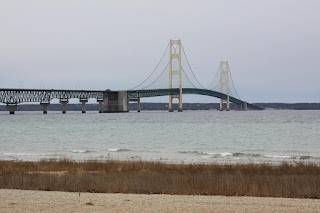 A similar shot from a slightly different angle. 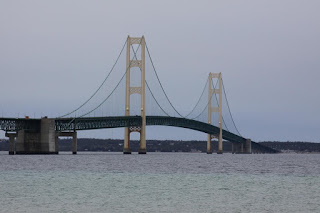 One more shot of the span. 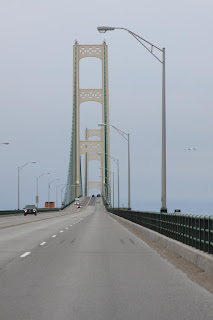 Since my dad was driving, I had a chance to get some pictures as I was crossing. 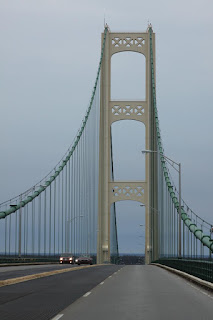