The Stewart Cort in the Locks

Next up was the Stewart J. Cort.  Since her route doesn't generally take her by Detroit, it is rare that I get to see her.  Although I have seen her before.  She has the distinction of being the first 1000 footer on the Lakes (although not the first one built on the Lakes).  Her runs are exclusively from Duluth to Burns Harbor. 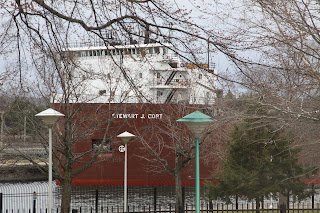 This is a shot as she was entering the Poe Lock.  Unfortunately it was from the Freighters Restaurant so it wasn't the greatest view.  She has an almost standard laker configuration but I think she is pretty ugly.  I prefer the other footers to her.  But I suppose that is a matter of opinion. 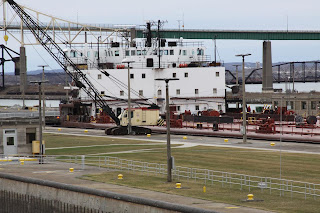 Here she is in the process of growing the thirty feet required to enter Lake Superior.  Or least it seems like they are growing. 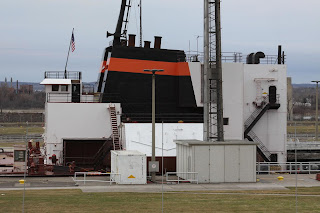 A shot of her deck house. 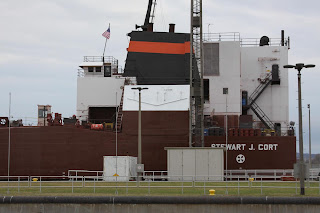 She is almost ready to pass out of the lock. 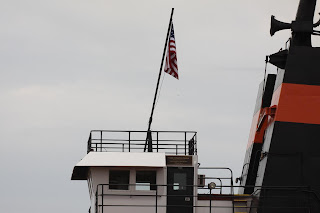 She has a fairly unique unloading system, so she doesn't have the boom that is prevalant on many of the other self unloaders. 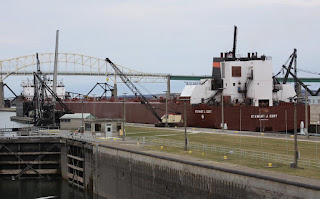 Here she is heading out to Lake Superior. 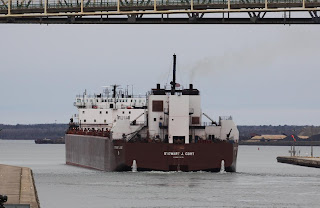 And here she is in Lake Superior and heading on to Duluth.
Posted by Mikoyan at 5:12 PM