I was not expecting to see the next ship but I supposed she makes up for missing the Gott. 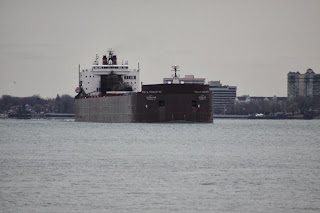 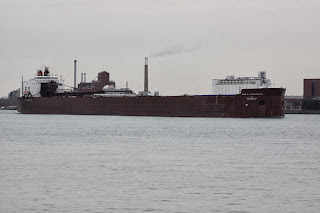 One of her typical cargos is coal.  She will sometimes deliver coal to the St. Clair and Monroe plants. 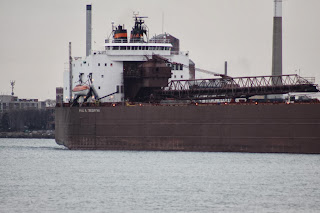 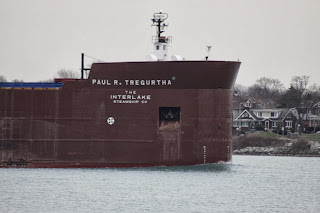 Well, it is roughly the equivalent of 680 rail cars worth of coal.  I'm not sure how many trucks worth of coal that would be but I would imagine it's more than 680 trucks. 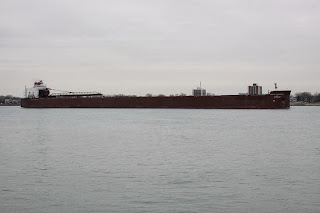 So how much energy does that produce? 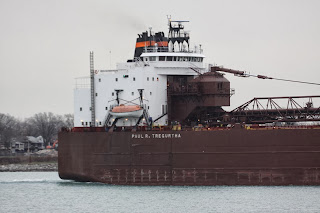 A full load from the Tregurtha can produce roughly 167,000 Megawatt-Hours of electricity.  That's alot of lightbulbs. 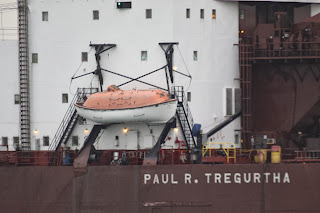 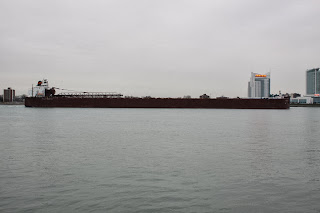 At 1013'6", she is the largest ship on the Lakes, which makes her Queen of the Lakes.  It also makes her almost 250 feet taller than the Renaissance Center if you were to stand her on her stern. 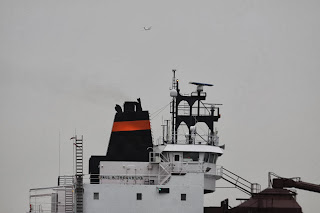 If only I'd gotten a train in this shot.  Not sure if you can notice the plane. 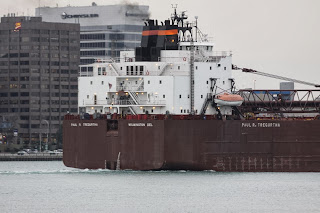 A shot of her stern.  She is certainly taller than your average office building. 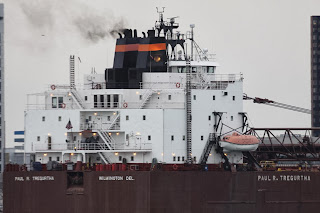 A closer shot of that. 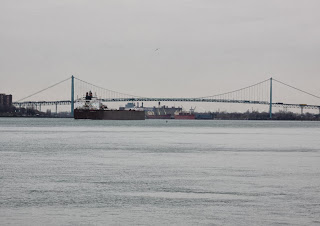 Even with that size, she is still dwarfed by the river. And here she is as she passes said building.
Posted by Mikoyan at 7:35 PM