The Desgagnes was a little out of order in the sequence of boats for today but she kind of fit in where I put her in the posts.  So let's step back a little bit. 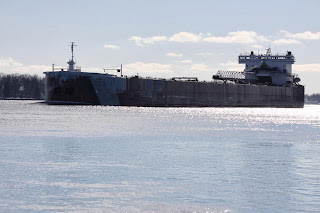 After I took my last picture of the Mississagi, I decided to check Marine Traffic on my phone and I saw that the Gott was nearly up Lake St. Clair.  So I decided to double back to Marine City for lunch and to wait for her.  I figured I couldn't miss the Gott. 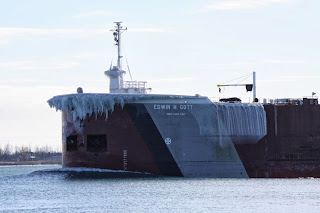 If you didn't believe me in one of my posts on how cold it was...I'll let the icicles forming on the bow do the talking for me. 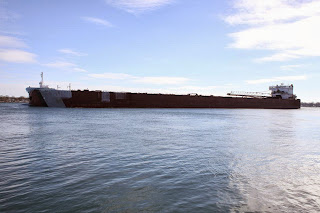 The Gott was heading back from Ohio.  Given the time in the season, I suspect she has one or two more cruises in her before she rests for the winter. 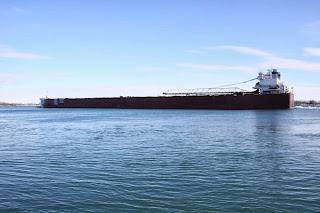 But until then, she will trudge through the snow and ice making sure that we have enough iron to produce our steal. 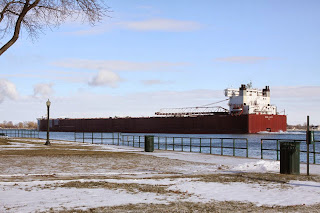 One more shot before moving on. 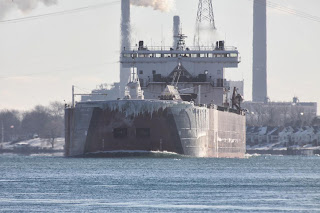 Then I headed over to St. Clair because I wanted a special picture of her.  But of course that doesn't stop me from taking other pictures. 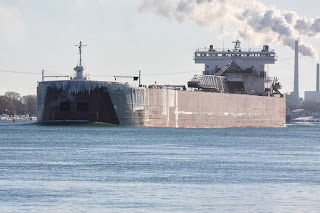 It's hard to imagine something this big travelling on lakes but then again, they don't call them the Great Lakes for nothing. 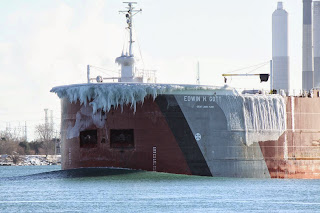 Take a look at the ice again. 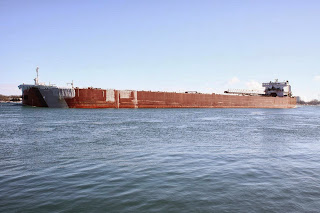 Or another shot of her full length. 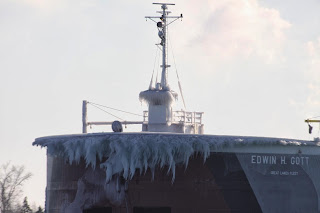 Maybe a closer shot of her ice. 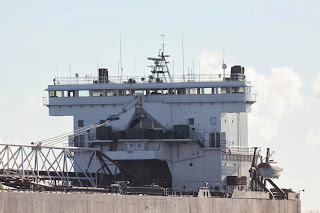 Maybe you can feel a little warmer by looking at her pilothouse. 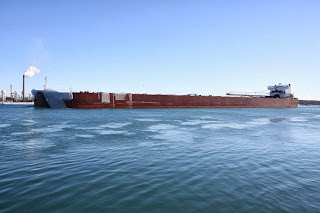 Or her full length. 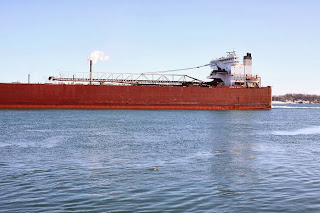 A shot of her boom and pilothouse.  If you ever want to get a rough idea of the size of a ship, their booms are typically 250 feet long. 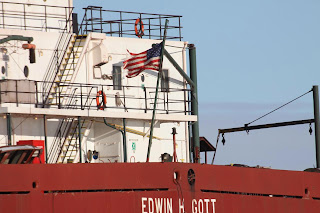 The Stars and Stripes flying proudly in the wind. 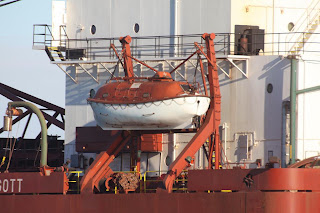 Hopefully she'll never need to use this. 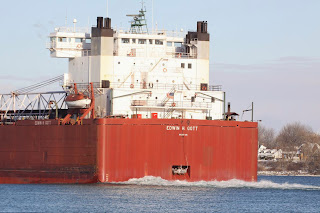 And she moves on. 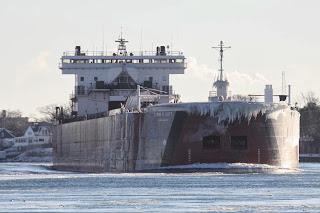 Then I decided to head over to the Blue Water Bridge. 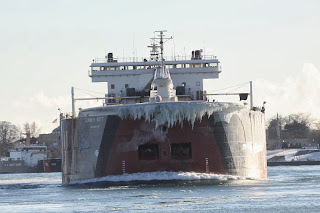 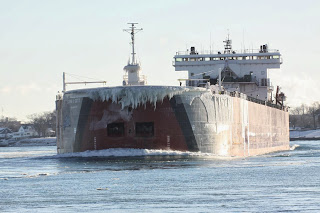 But this one is not bad either. 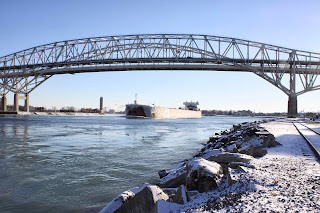 A full shot of the Bridge.  About the only time the thousand footer will look small. 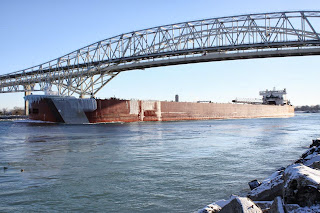 Although not so much here. 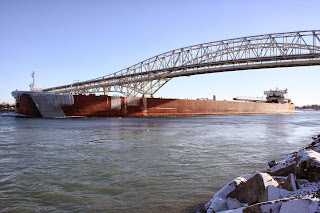 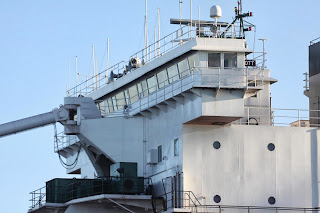 A shot of her pilothouse.  I would imagine she would dwarf many buildings if you sat her next to one. 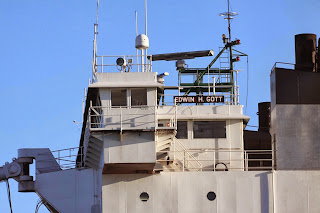 In case you forgot the ship. 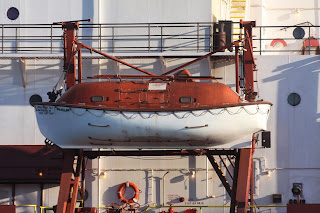 And again, I hope she never has to use this. 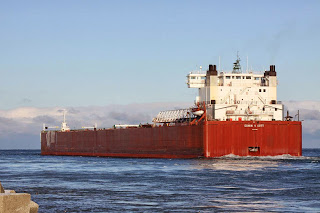 And one more shot before she heads off into Lake Huron.  I'm not sure if she's headed to Duluth or Two Harbors but as I said, she's not much longer for this season.
Posted by Mikoyan at 8:58 PM