The Canada Steamship Lines have been launching their new builds for the past couple seasons.  Algoma Central also has a group of eight ships that are going to be launched in the next few years.  I think I like the looks of the Algoma ships better but I still don't like the fact that they represent surrendering another industry to China (even if it is a Canadian company doing it).

Unless they repeal the Jones Act, any new builds for the US will be built here but that might mean that there wont be any US new builds for a long time. 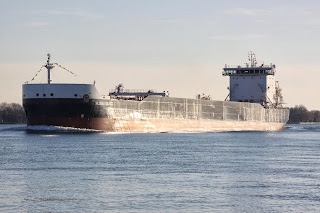 The first of the Algoma ships is the Algoma Equinox and this is her premier on this blog.  This is the first time that I was able to catch a ship as she was first transitting the Lakes.  It took me a while catch the first Canada Steamship one. 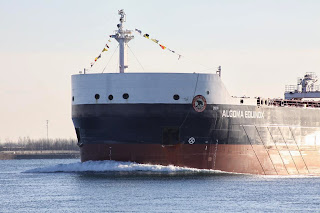 She was launched this year and made the long trip across the Pacific, the Panama Canal and Atlantic to arrive at this point.  Surprisingly, she is free from rust considering that she is an Algoma boat. 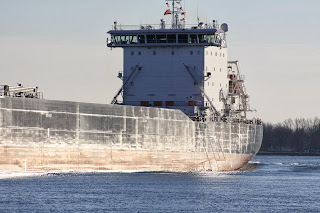 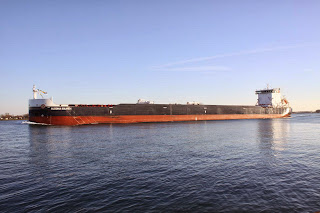 I really like this paint scheme.  It would be cool if Algoma did this to all their ships but I don't think that's likely. 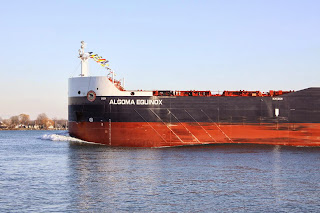 I really like the signal flags flying on the prow of the ship.  I believe they say "Algoma Equinox". 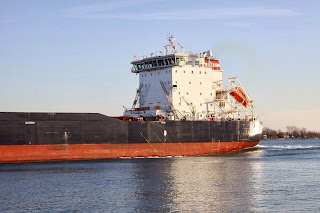 A shot of the pilothouse.  She gave all us assembled folks a hello. 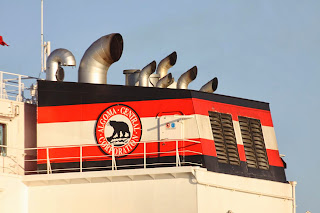 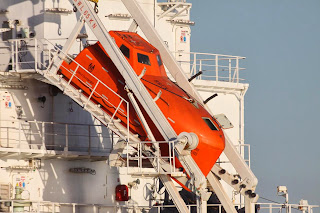 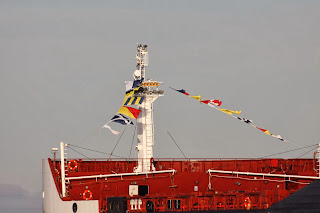 A better shot of the signal flags on her forecastle. 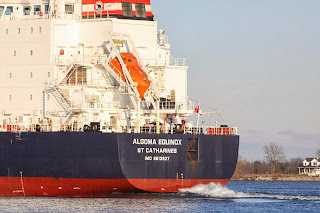 And a shot of her stern. 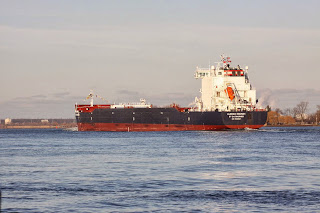 She heads away from Marine City. 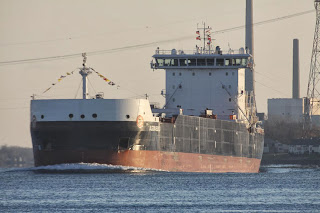 I caught her again at St Clair.  This time the light was a little more cooperative. 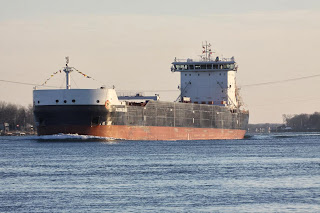 You can see a few scrapes on her hull but I guess that's to be expected.  She is 78 feet wide which is 2 feet shorter than the canals she will transverse. 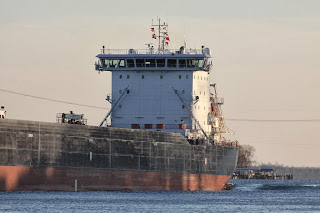 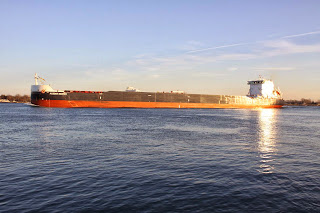 At 740 feet long, she is the longest she can be and still travel through the Welland Canal. 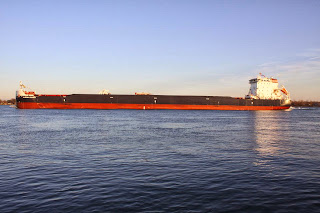 Like I said, I think she is pretty nice looking boat. 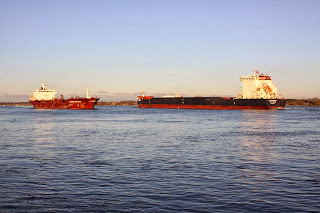 Here she is about to joust with the Sloman. 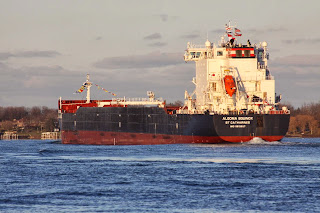 One more shot as she leaves St. Clair. 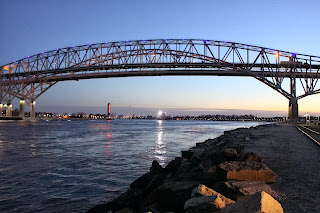 I stuck around the Blue Water Bridge after the Tregurtha to catch a few more shots of her. 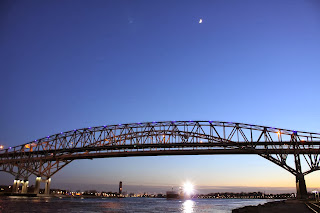 I kind of like this shot but I wish the moon weren't over exposed. 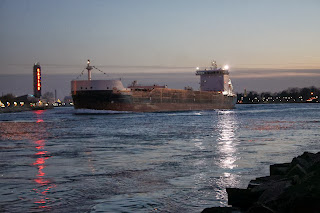 She slowly approaches the Blue Water Bridge.  I kind of like all the lights going. 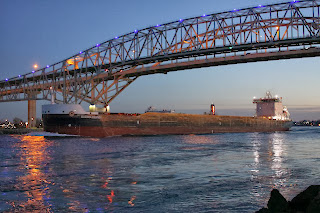 And she passes under the Bridge. 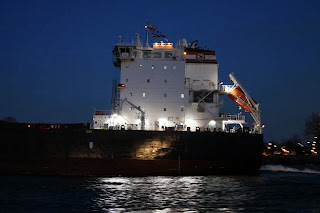 I like the 1st to last one. Very nice.