So the other ship that brought me out was the Philip R. Clarke.  Again she is another classic laker and she belongs to the Great Lakes Fleet. 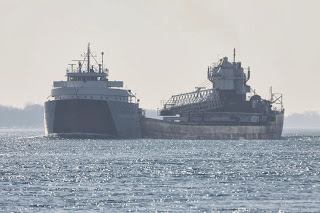 Part of the reason why I wanted to catch her was because I heard that she is going to be in layup next year.  Evidently she needs some work. 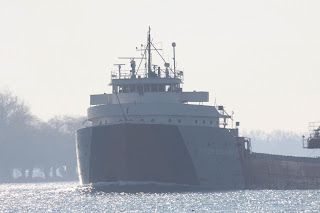 I think it's a good thing that they are going to put some maintenance into her because that means she will probably be around for a while.  I think this also means that the Munson will be out next year. 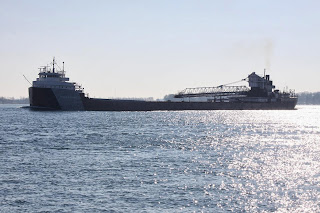 She has the even more classic lines of a laker.  If she didn't have the self unloader, she would be perfect. 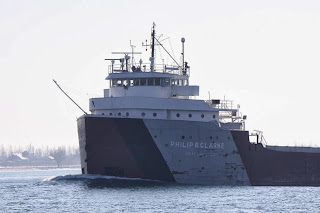 I love the pilothouses with the bridge wings. 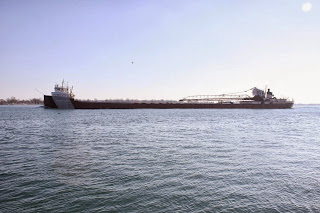 A shot of her profile.  I think she cuts a beautful profile. 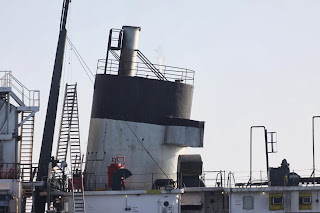 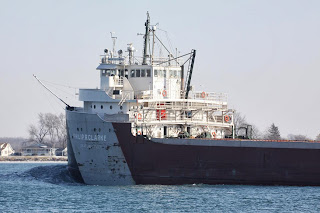 A shot of the rear of her pilothouse. 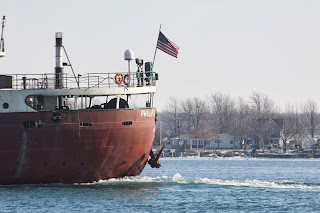 The Stars and Stripes flying proudly behind her. 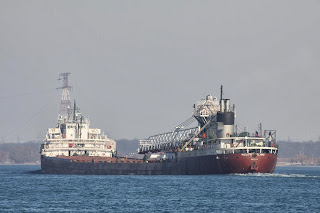 A shot of her stern.  Again, she has that classic looking stern. 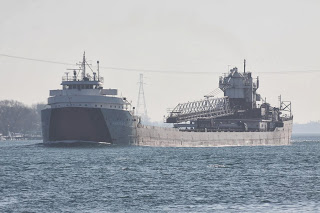 Next I caught her up at St. Clair.  Sadly, I was still shooting into the sun. 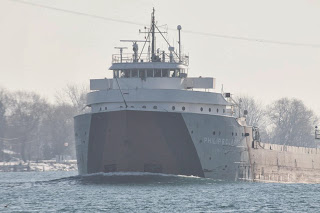 It was also a little on the hazy side. 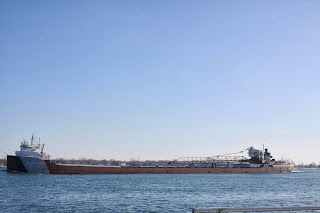 But that didn't stop a shot of her profile. 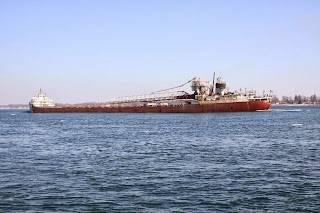 And she keeps heading up the river. 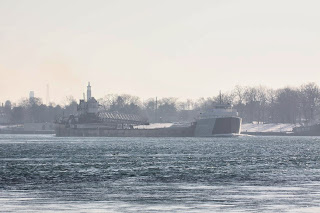 After grabbing lunch, it was up to Port Huron to catch her under the Blue Water Bridge.  Here she is approaching the bridge. 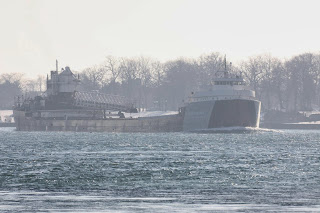 About to make the turn to leave the channel. 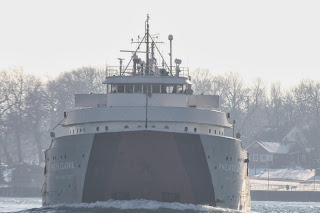 This particulary spot gives me a chance for a headshot.  I always try to get one if possible. 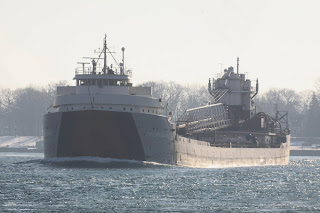 She starts to head into the channel out. 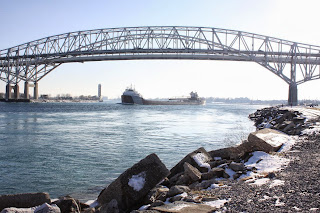 And then one of the shots I was waiting for. 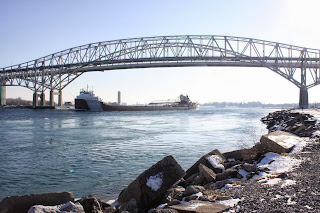 She works her way past the bridge. 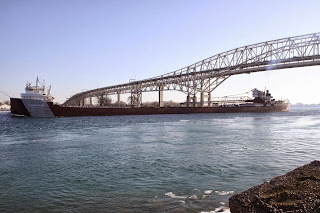 One more shot with the bridge. 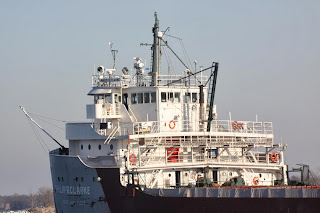 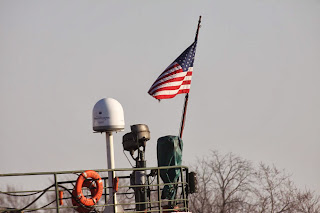 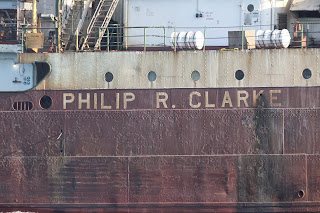 She looks a little rough but not as rough as some ships. 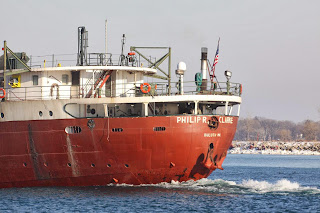 Another shot of her stern. 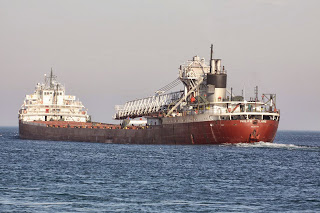 According to AIS, she is heading to Gary which would explain why she looks loaded down.
Posted by Mikoyan at 9:42 PM