Christmas Eve Morning With the Mississagi

I had today off but I wasn't sure what I wanted to do and then last night I checked AIS and found that the Mississagi would be passing the St. Clair River in the morning.  That pretty much decided what I would be doing today. 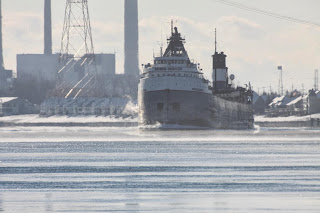 The Mississagi is one of a fewer classic lake freighters plying the Lakes.   It seems like a few more are heading to the scrap heap. 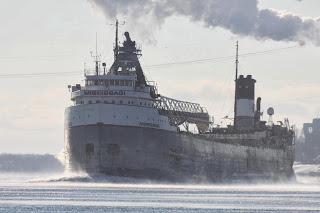 But when you consider that the Mississagi has been around since 1943, that's not terribly surprising.  Although the lakes are much kinder to ships than the oceans. 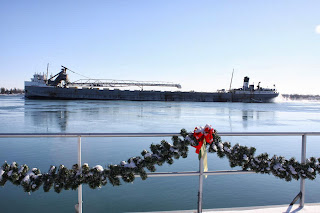 But until the day that the Mississagi finds her way to the scrap heap, I'll enjoy watching her. 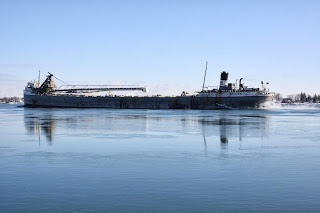 Especially when the water is smoothe like this and you can see her reflection. 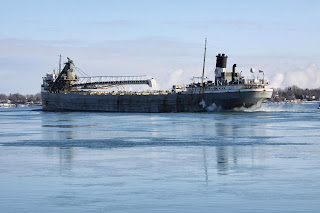 As you can see from the steam on her, it was pretty cold today.  The car thermometer said it was in the low twenties but the wind may have told me otherwise. 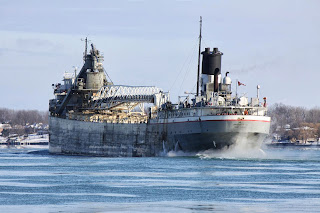 And she slowly heads off from St. Clair. 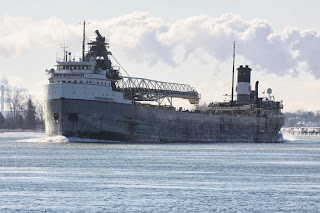 I decided that I would follow her up the St. Clair River.  So headed to Marysville next because there's a pretty nice spot for shipwatching there. 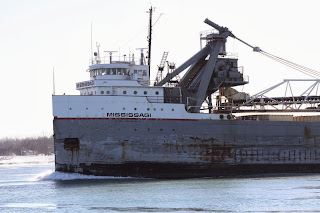 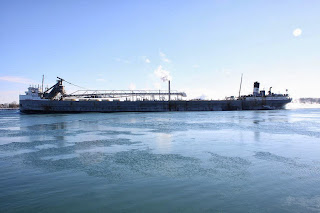 A shot of her straight out.  The water was still pretty smoothe. 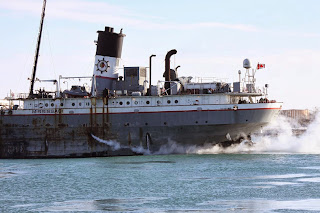 And then a shot of her deckhouse. 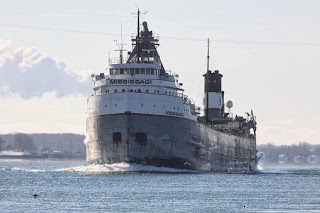 Next up was a little park just inside of Port Huron.  One of the things I like about watching ships on the St. Clair is that you can see the ships coming from a ways away. 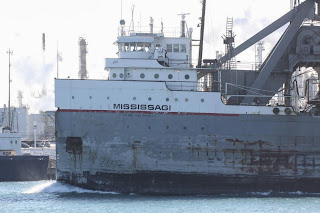 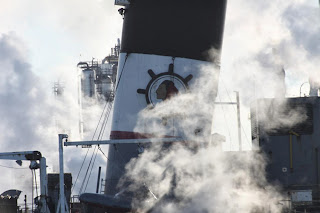 And her stack.  I kind of liked the way the steam was settling around it. 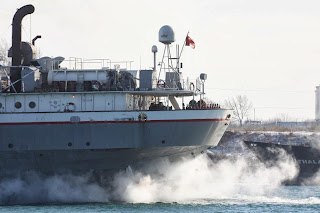 Another shot of her stern.  They don't make them like this anymore. 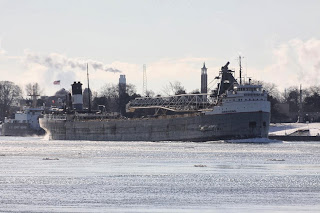 Next up was the Blue Water Bridge. 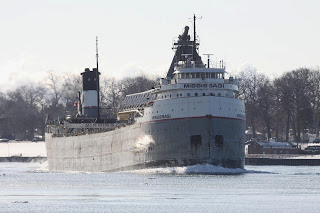 It's actually another nice spot for boatwatching.... 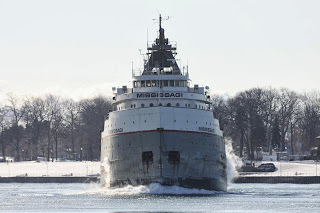 Because you get a chance for the straight on shot. 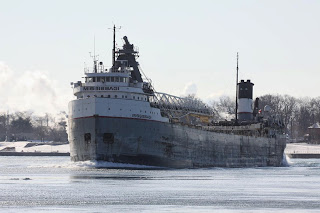 And she slowly works her way to Lake Huron. 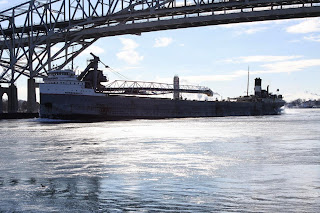 Almost a shot with the Bridge around her. 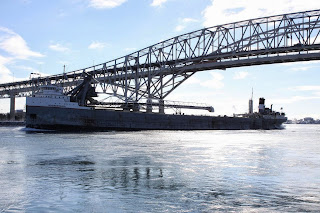 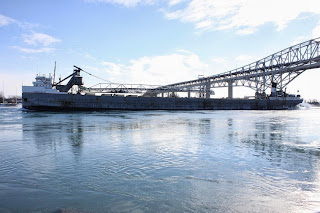 And a not so sunny shot. 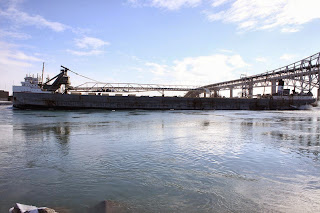 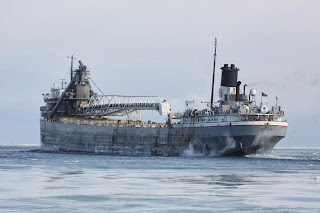 And then she heads out into Lake Huron.  Not sure if you can see the bits of ice to the sides of her.
Posted by Mikoyan at 8:16 PM