Why the Long Face?

I was able to get out of work a little early today.  I wasn't sure if I had enough time to catch this ship though because she was booking pretty fast.  I was actually hoping to catch the Gott but I missed her by quite a bit. 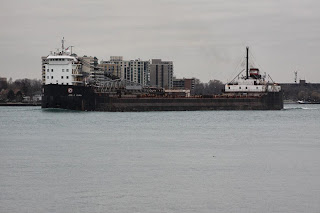 Many people consider the Leitch ugly.  I don't think she's particularly ugly.  Well she's not as ugly as a barge anyway. 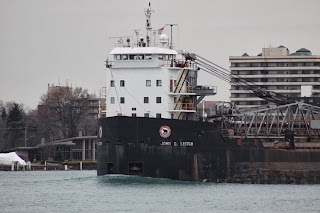 Although I will admit that the pilothouse is a bit unsettling though.  It seems too tall. 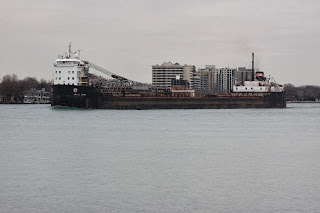 But that's fine.  I think she's a fine looking ship. 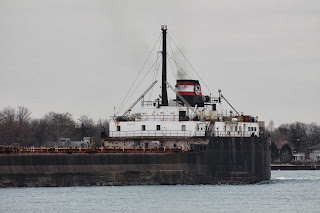 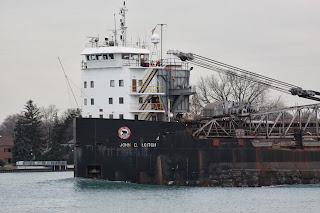 Still can't get over that pilothouse though. 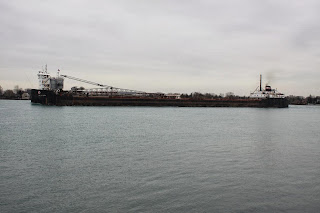 This is still my favorite angle for a ship though. 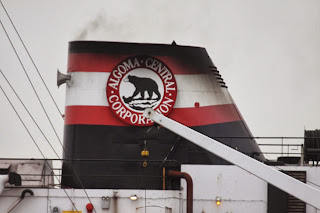 A shot of her Algostack. 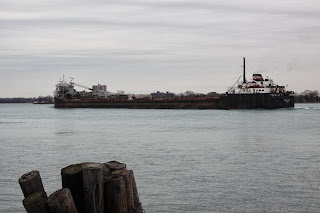 She makes her way up the river. 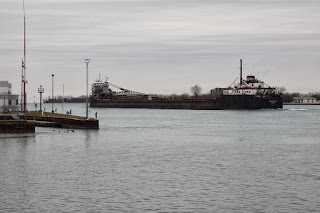 Not sure where she was heading though.
Posted by Mikoyan at 7:25 PM