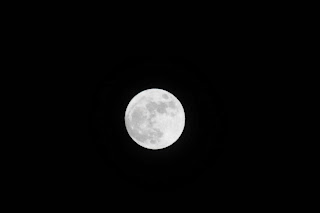 For the first picture, I just used what I thought were good settings for shooting the moon.  It's kind of a tricky business shooting the moon though as you need to use rule of thumb settings on there, since the meter doesn't really like the moon. 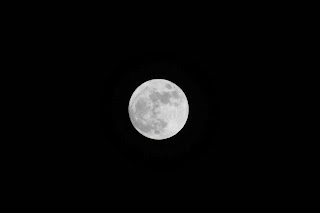 Then I went a little darker.  I think I like this one a little better. 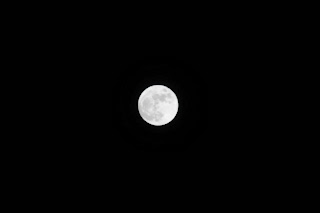 There were some clouds under the moon and I was going to try to get those. 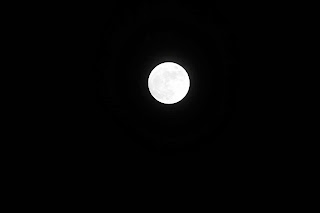 But it didn't work out too well, leaving the moon overexposed.

I think I'm going to try again tomorrow night for the Lightfest.
Posted by Mikoyan at 9:14 PM