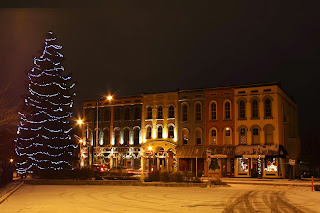 So I started where I started earlier today, in Depot Town.  The first thing that caught my eye was the Christmas Tree and all the lit up buildings.  I thought it made a good scene (and I wish I would have seen it sooner as it would have made for a nice Christmas page). 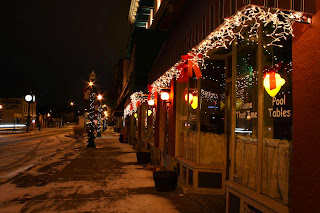 Looking down the sidewalk in Depot Town.  It was pretty empty tonight but I guess that would be expected given that it was Christmas. 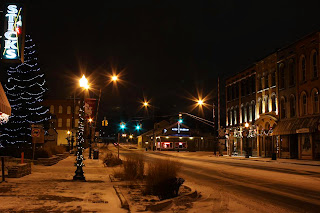 Looking down the other way. 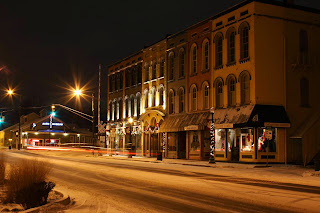 Looking at the block with Sidetrack.  I love that restaurant. 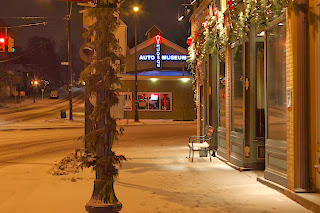 I kind of like how this looked with the Auto Museum in the background. 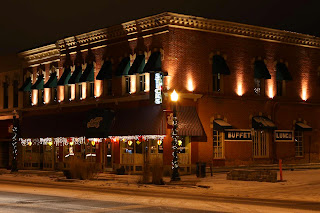 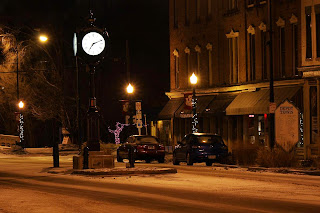 I was trying to get a shot of the clock.  Sadly, I might have to learn HDR to get it right. 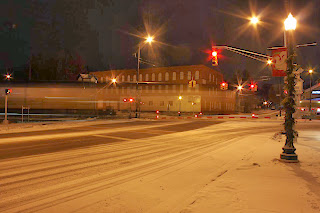 I knew I was close to being there for the Westbound Wolverine but I didn't think there would be an eastbound one too.  But I forgot that Amtrak added a fourth Wolverine for the holidays. 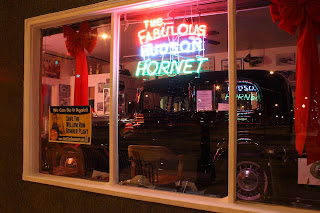 And I couldn't pass up on my favorite night-time picture from Depot Town. 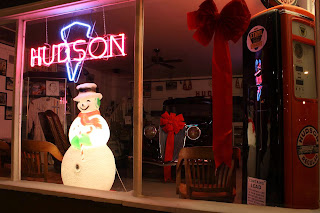 And now with snowman. 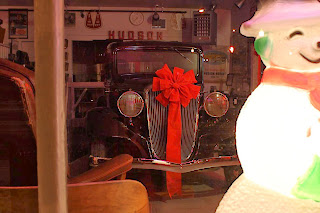 I tried to get a shot of the car without the snowman but I couldn't get close enough to the window. 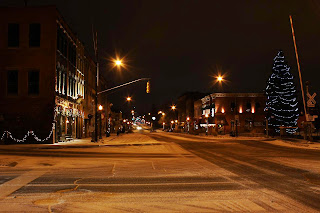 Another nice Christmasy type scene.  It just needs the lights strung across the road for the Bedford Falls look. 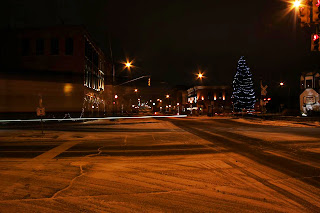 And now the Westbound Wolverine.  I thought with a faster shutter speed, I could catch it better, but it was moving too fast. 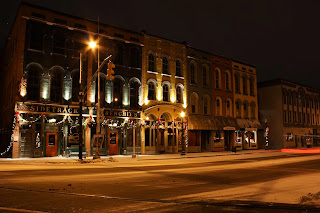 Looking at Sidetrack from another angle. 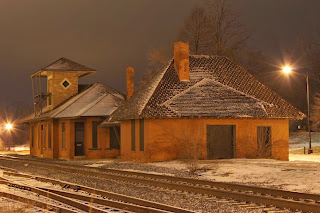 A thirty second exposure of the train depot in Ypsilanti.  I would love to see this in action again. 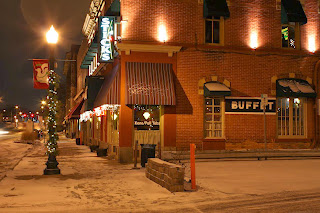 As I was about to head back to my car, I caught this view and I really liked it. 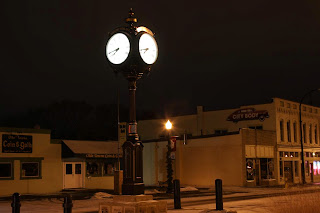 One more attempt at the clock. 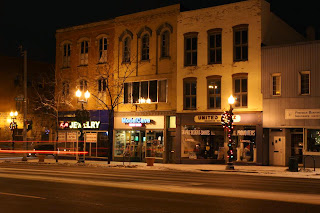 Then I decided to head to downtown Ypsilanti.  Again, there weren't any people around.  But oh well, still made for some nice pictures. 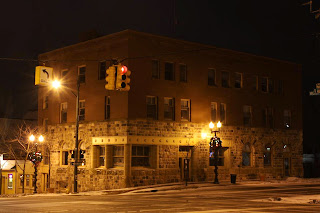 As I was taking pictures tonight, I realized that I'd never taken a picture of Ypsilanti City Hall before.  I realize that it is a pretty non-descript building but at least it isn't butt ugly like Ann Arbor's.  The Building itself was built in 1877 by the Ypsilanti Savings Bank but didn't serve as City Hall until 1977.  When I first came to Ypsilanti, it had an aluminum facade that looked hideous.  Fortunately that was removed in 1991 but sadly they couldn't restore the building to its orginal look.  One of these days, I'm going to trace the history of Ypsilanti's City Hall buildings because it is kind of interesting. 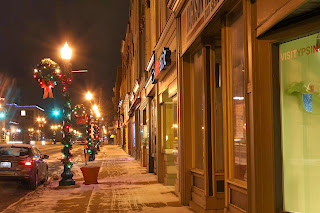 Just looking down the sidewalk. 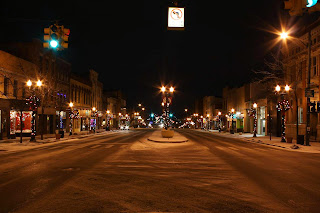 There's a nice little median, so I could get the looking down the street shot. 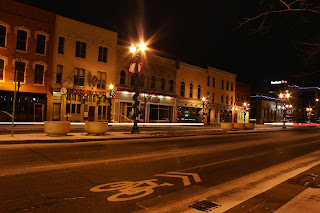 Looking at another set of buildings.  To the very left is the Red Rock Barbecue Restaurant and it is really good. 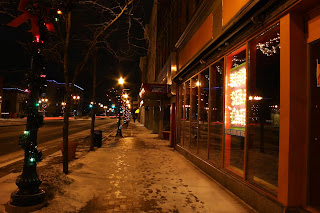 Looking down another block. 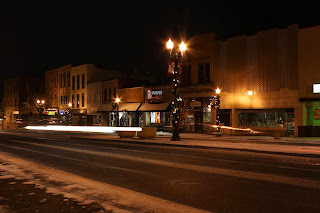 Looking at the block I started on. 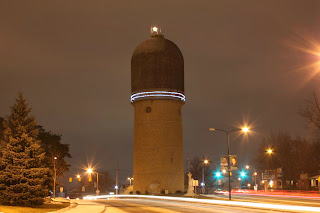 Next I decided to head over to the Water Tower to get some night shots of it.  First I started with the suggested settings from the camera but I thought it looked too bright. 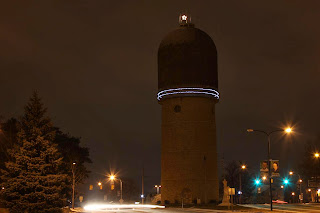 So I toned it down a bit.  I like this one much better. 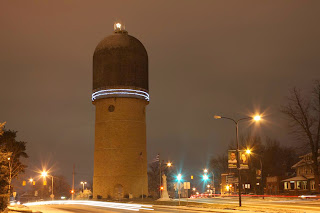 Then I moved a little closer and again used the suggested settings from the camera.  I like this shot better than the first one. 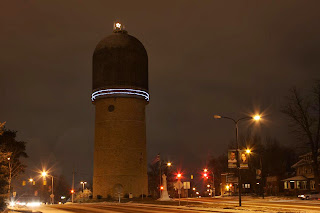 But I like this one even more.
Posted by Mikoyan at 8:11 PM

Maybe comments are better though.