The Alpena Makes an Appearance

So the ship that got me to want to go boatwatching was the Alpena.  There were a couple other ships as well but it was the Alpena that made it a pretty easy decision for me. 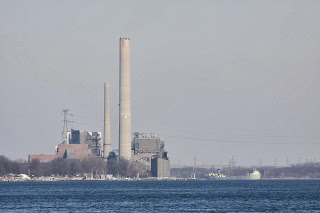 The Alpena was built in 1942 at the Great Lakes Engineering Works in River Rough, MI.  She was originally known as the Leon Fraser.  With the conversion of the St. Marys Challenger into a tug/barge, this makes the Alpena the oldest self powered freighter on the Lakes. 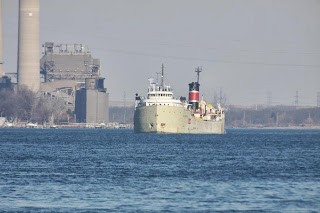 In 1991, she was shortened to her current length so that she could visit the cement plants around the lakes easier.  I think she still maintains her form though. 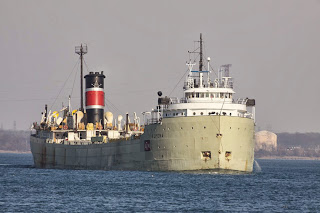 It's kind of sad that this style of freighter is going to the wayside but I guess you can't keep one of these around forever.  Even though the Lakes aren't particularly corrosive on ships, there are a bunch of other things that cause issues for ships. 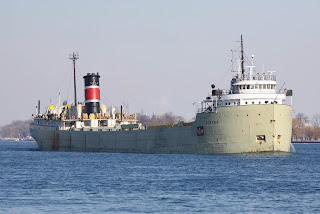 Still, it's amazing that a 70 year old ship still looks this good. 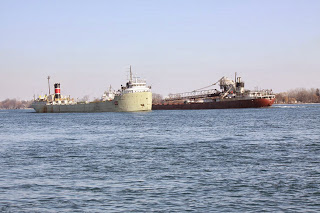 She is passing the other ship that brought me out boatwatching.  I will cover her in the next post. 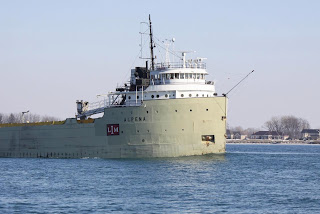 A shot of her pilothouse.  She ended up giving out a salute. 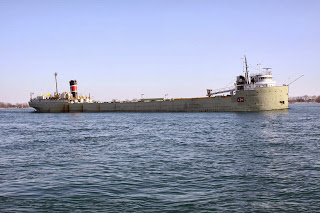 A shot of her broadside.  I've said it before and I'll say it again, I love the profile of a classic laker. 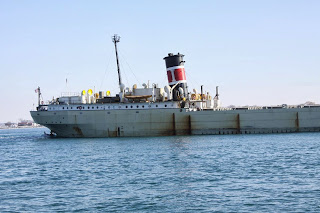 And a shot of her stack. 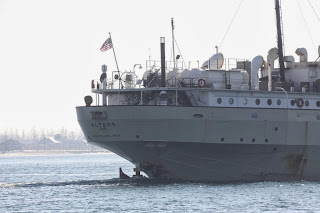 A shot of her stern.  Most of the modern ships have more squared sterns.  I love the curves. 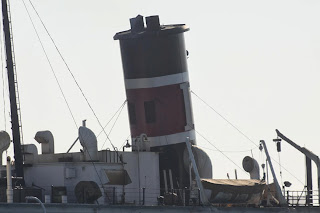 A closeup of her stack. 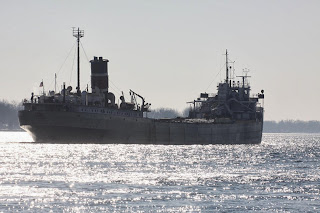 And she heads away from Marine City.  I believe she is heading for Cleveland. 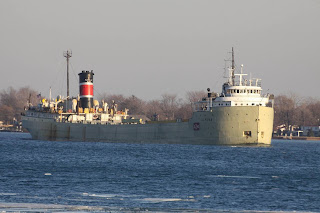 A little later in the day, I ended up going to Belle Isle to catch her again.  I really like the lighting in these shots. 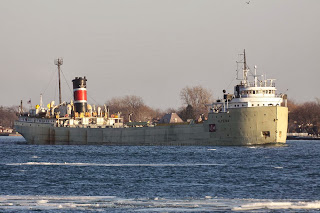 Not quite the golden light but pretty close. 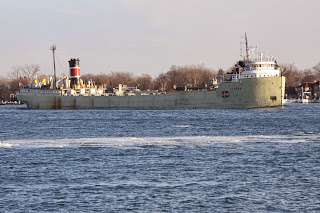 Almost a shot of her profile. 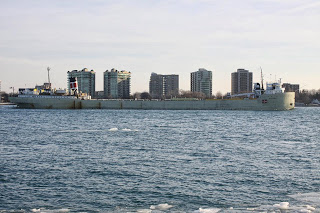 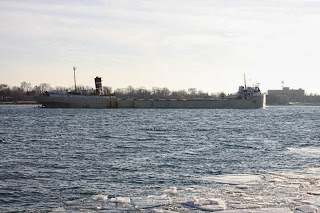 She slowly makes her way down the Detroit River.  As you can see, there is some ice forming already. 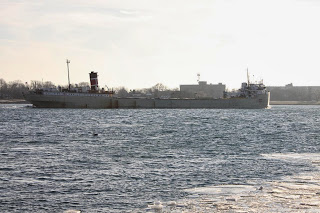 One more shot before moving on.
Posted by Mikoyan at 9:31 PM